Gig Economy Allows Entrepreneurs to Start on a Dime

Startups have traditionally been capital intensive ventures and most have had to wait until they got big to look big.  Not anymore. Web services in the cloud have made start-up costs not just affordable, but in some cases free, and they are the same software packages being used by major corporations. This puts any Tom, Dick, or Harry piecing work together from elance, odesk, and Amazon’s mechanical turk on par with popular startups like Color. As long as they are running WordPress and Google Apps, the world does not know the difference. And some Gigger’s as they are called are now starting their own business using the very tools they used to get jobs. Matthew Stibbe, a serial entrepreneur, combined cloud computing and long hallways to start his third business, Turbine: The Company Built With Elance. 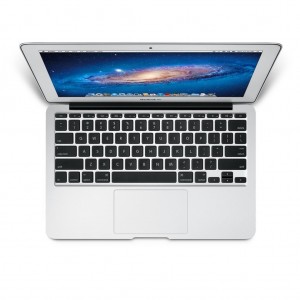 Enough time has passed for BestVendor to do a survey of 550 startup staffers — most in marketing and executive administration positions — on their favorite tools for email, accounting, web analytics, CRM, productivity, design, storage, payment processing, operations and so forth. Their answers, in aggregate, speak to the growing trend in startups moving toward predominately cloud-based operations, the most popular being Dropbox, Paypal, and Salesforce to name a few, although I was glad to see Square in the running. Google Apps, Google Analytics and Quickbooks each garnered a majority of the votes in the email, accounting and web analytics categories, respectively. Salesforce bested its CRM competition with 59% of respondents selecting it as the application of choice, and consumer-friendlyEvernote proved hot with startup-types, too, in the note-taking category. For netbook and MacBook Air users, utilizing cloud storage programs like Spotify and DropBox is key to maintaining enough disk space for maneuverability.

Cloud computing is a relatively new model with lots of benefits and a few drawbacks. For example, it’s scalable, the provisioning cost is near zero, and you don’t need to hire a tech team, which saves money on payroll, benefits, space, insurance, supplies, and equipment, but with cloud computing, if the service or product you are using goes ‘down’, there is little to nothing you can do about it. You’re essentially trading control, security, and privacy for cheap, convenient, up most-of-the-time software running on hardware that you didn’t buy and will probably never see, let alone have to upgrade.

While a study by the Kauffman Foundation indicates startups create an average of 3-million jobs per year (about four times more than any other group), cloud computing and its reduced need for workers is creating a new economy. Sarah Horowitz, the executive director and founder of the Freelancers Union, says the employment picture in the U.S. is changing quickly. “People are working gigs now, but the BLS is tracking jobs. They’re two different things,” Horowitz explained to the LA Times. “We are really moving towards a gig economy.” The bureau of labor and statistics now tracks self employment (giggers) – and the number now stands at 14 million. And that number is set to grow. A Forrester Ressearch survey of small- to medium-size businesses found that 40% of businesses with 2 to 19 employees said using cloud service offerings was a “very high” or “high priority.” For medium-size businesses (20 to 1,000 employees), the figure was 25%.