Mar 14,2013 Comments Off on Intermedia Office in the Cloud vs. Office 365 Cloud Computing, Dentrix, Microsoft, Productivity

A local Indianapolis dental office has decided not to update their local Exchange software and asked me to review hosted Exchange providers and online office productivity suites from Intermedia and Microsoft. They both are cloud-based and use Microsoft Office products, but each has slightly different features and benefits.

In order to help the dentist choose a possible plan, I needed to go over some of the features of Sharepoint (Microsoft’s Intranet software) and Lync (Microsoft’s chat software) to see how many bells and whistles he wanted. I boiled all the various choices down to these two plans, which really depended on whether or not he wanted the productivity software or just communications software:

Here is a diagram I made up to help explain visually the differences between Intermedia Office in the Cloud™ and Office 365™:

Why Microsoft? Why Not Google?

Most of my local Indianapolis clients use Google Apps for their email (Gmail) and Intranet sites (Google Sites), but this particular dental office is a Microsoft shop. It’s what they understand and they didn’t want the learning curve of learning something new or having to pay someone everytime they had a question. While it is true that you can use Outlook with Google Apps, that’s not for everybody. Outlook with Exchange offers many more things you can do with Outlook than Outlook with Google Apps. One example is email directory integration.

Why the Cloud? Why Not Install Locally?

Essentially the business owner is choosing to outsource all of their hardware costs, all of the hardware maintenance, and some of the software support to a managed service provider on the Internet. Instead of paying a large upfront cost for a new server, new software licenses, and the IT installation costs, the business owner is choosing to pay one low, predictable cost per month for a predictable service as a product. Even Dentrix has jumped on the cloud with their newest, Dentrix Ascend software, which runs in Chrome. If you’re considering a jump to cloud apps, consider reading 5 Ways to Compute Cloud Computing ROI.

Zac Parsons, a friend of mine who writes about the arts, culture, and sports, recently asked me what Watershawl was up to nowadays. Here is my reply:

With due diligence and a lack of self sabotage things will continue to get better. They are good right now, but there’s room for improvement. I’m expanding my focus from WordPress web design to Google Apps and it’s corresponding marketplace apps such as Salesforce.com to be a cloud app shop more than just a design shop. This is what Small Box Web might call becoming more integrated.

I’ve always been a business analyst/consultant in a designers clothing so now I’m just letting more of the tech side shine through. I had other brands like Telablue, Growmotion Marketing, Professional Technology Consulting, Geek Hand, Managing Actions, and Ether Fleet, but I consolidated those late last year into one Watershawl brand. After redesigning my logo to have a “water shawl” around a user head I saw the connection between the “water shawl” and a “cloud” and saw an opportunity to rebrand my services as cloud apps.

I struggled for a long time with how to connect web design with technology consulting, but once I realized the connection was cloud apps, it was easy because WordPress and Google Apps both live in the cloud. Essentially I want to be an Appirio for small businesses. I looked at applying there, but it looked like I wasn’t qualified even though I’m doing a lot of that stuff already. Instead I’m just going to learn from them.

In high school I ran a club and when it came time for me to graduate I handed over leadership to a sophomore named Mike Martin. Mike went on to get a degree in computer engineering and now works at Appirio. I’m having lunch with him on Monday to pick his brain and see if he’d be willing to freelance with me on some projects.

I’d love to get a client in Evansville. If you run across a company that has a website, but is still using a Comcast or Gmail email address then they are a candidate for Google Apps. It’s free for up to 10 users and after that $50 per user per year. Once they are on Google Apps they can add CRM, project management, or accounting software easily and cross-selling a web design becomes easier.

What’s going on with you?

I realize we just updated our logo a couple of months ago, but consider that an iteration on the way to the final product, which you can see here. The last logo was a circle of blue around an empty center, with a cutout at the bottom. It was meant to symbolize a ring of water encircling the customer, but some people just didn’t get it or thought it looked like an unfinished life preserver. 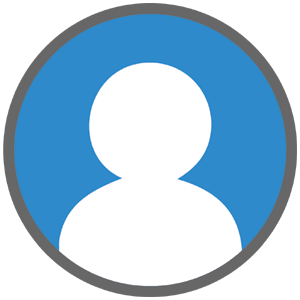 Our new logo essentially means the same thing as the old logo: it’s a water shawl surrounding the customer representing the suite of services we provide. But one peculiar thing happened once the new logo was created. I was on my way to Lafayette to visit a networking meeting and I realized that the “water shawl” could also represent a “cloud”. It was if a light bulb went off and I didn’t know how I had missed it before. Erich Stauffer was a cloud consulting firm that specialized in WordPress web design and Google Apps integrations.

Who is Erich Stauffer?