“In my distress I called to the Lord;
I called out to my God.
From his temple he heard my voice;
my cry came to his ears.
8 The earth trembled and quaked,
the foundations of the heavens[c] shook;
they trembled because he was angry.
9 Smoke rose from his nostrils;
consuming fire came from his mouth,
burning coals blazed out of it.
10 He parted the heavens and came down;
dark clouds were under his feet.
11 He mounted the cherubim and flew;
he soared[d] on the wings of the wind.
12 He made darkness his canopy around him—
the dark[e] rain clouds of the sky.
13 Out of the brightness of his presence
bolts of lightning blazed forth.
14 The Lord thundered from heaven;
the voice of the Most High resounded.
15 He shot his arrows and scattered the enemy,
with great bolts of lightning he routed them.
16 The valleys of the sea were exposed
and the foundations of the earth laid bare
at the rebuke of the Lord,
at the blast of breath from his nostrils.

17 “He reached down from on high and took hold of me;
he drew me out of deep waters.
18 He rescued me from my powerful enemy,
from my foes, who were too strong for me.
19 They confronted me in the day of my disaster,
but the Lord was my support.
20 He brought me out into a spacious place;
he rescued me because he delighted in me.

Feb 22,2015 Comments Off on Review of All You Need is Kill Books, Movies

I was 13 years old in 1993 when Groundhog Day was released in theaters. 5 years later, I started writing a looping screenplay of my own called “Breeze Way”. In 2009, Hiroshi Sakurazaka published All You Need is Kill, a looping war action drama, which was released as Edge of Tomorrow in 2014.

I was so excited when I first saw the trailer. I was like, “Yes, Groundhog Day meets War of the Worlds – starring Tom Cruise!”, but when I found out it was based on a book, I was like, “I can’t wait, I’m just going to read it.” I ended up reading it in one evening and found it very riveting. The ending of the book is much different than the movie, but I won’t ruin it here. There are no spoilers in this post.

Quotes from All You Need is Kill

The book is, at times, more insightful than the movie (emphasis mine):

This one covers talent vs. deliberate practice and self improvement:

There are some technical explanations for how the looping is happening, which the author, Sakurazaka, attempts to explain and wrap up the story, but I found them a little bit of a stretch. However, it’s much more of an explanation than what you get from Harold Ramis’ Groundhog Day.

The ‘Science’ from All You Need is Kill

In the book, the alien fighters use “tachyons”, theoretical particles that can travel faster than the speed of light, to travel backwards in time. Tachyons were also used in Watchmen (2009) where Dr. Manhattan’s ability to see into the future is blocked by tachyons generated by Adrian Veidt. In All You Need is Kill (2009), alien terraformers use tachyon pulses to send information back to themselves to win a battle.

In 2012 the Higgs Boson particle was confirmed, which is a particle in “tachyon condensation” meaning it is in a quantum field with “imaginary mass” (whatever that means). In 2011, before the Higgs Boson particle was confirmed, scientists theorized that Higgs “singlets” may be traveling back in time and sabotaging the discovery. I guess that wasn’t happening since they were able to discover it eventually, but who knows?

Feb 9,2015 1 Comment on Predestination Explained: a Timeline without Paradoxes Movies 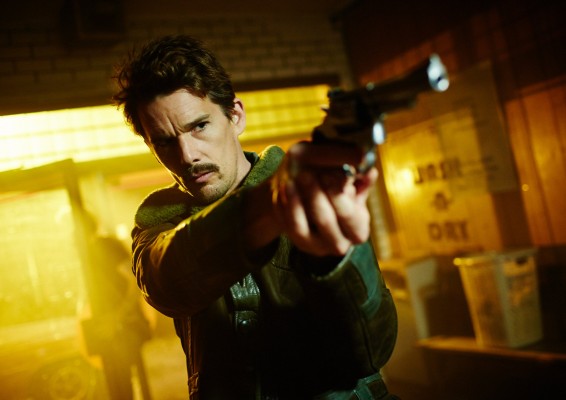 The following timelines show how the timeline we saw in the movie, Predestination, was not the original timeline, but one edited by Robertson. These are just my ideas:

The problem is that they both result in 2 babies being in 1945. The problem is that if you kill one, neither timeline can happen. This move has at least 3 paradoxes that I can count. Now I will see what others are saying and post that below these 2 options.

There are multiple babies and they are all temporal agents. Bartender John mentions there are 11. That could mean there are 11 loops of himself. Not sure.

The irony is that Jane thinks Robertson was her redeemer, when in reality he was her destroyer.

Barkeep makes one “illegal” jump to intercept the event that causes John to burn his face. However, Barkeep causes the confusion that ends up John burning his face.

I think there are 11 versions of John. When John asks Barkeep how many temporal agents are there? He responds with ‘there are 11 of us’ and goes on to say that we were all ‘born into it’. Each time he takes the baby back in time a new Jane/John is created.