Did you know that some people make money writing books? There are many different types of books. Some are stories and some are full of facts. What matters is creating value for the reader.

Value is different than money.

You need 4 quarters to park your car, but you only have dollars. While in the car you see a man walking down the street. You ask him if he has 4 quarters. He does, but he says he wants $2 for the 4 quarters. Or say the man says instead, “If you pay me $2 I will take your $1 to the bank 4 blocks away. I will run as fast as I can. And I will be right back.” Which offer do you think the person in the car thinks is more valuable? Both have the same result. Humans are not always rational.

Here’s another example: a used baby doll is sold on the Internet at a place called eBay where you can sell anything you want. The doll sells for $1 on it’s own. But then the person who buys it writes a story about the doll and re-sells the item on eBay, this time with the story about the doll. The doll then sells for $50 because the buyer percieves the value of the doll as being more because of the story. This is another way to make money from writing.

I encourage you to keep writing and to keep learning the different ways you can make money – by writing – and other ways. Up next: How to Make Money.

What is your no-code SaaS app idea?

Email me stuff you want archived (could be emails, pictures, or documents) and when your archive is ready to be printed (read: optimal page length reached), I’ll send you a Paypal link and have it shipped to your door. It will feature archive-rated, acid free, glossy paper and will be something you can put on your shelf as a paper-based archive for your most cherished emails (such as those from me or that first email between you and your spouse or child).

How does it work?

I get the emails and put the stuff in a book-making app. When the pages are full, I alert you that it’s ready to print, add a markup, get paid, and have it printed and shipped to you.

What are some reasons why it might not work?

People may be sensitive about sending their personal information to a person or service. Or the cost of markup may be higher than people are willing to spend for this “app”.

Is there anyone else doing this?

There is already apps that link to Facebook posts and Instagram pictures to allow those to be printed (they are consistent in size and shape, making it easier for apps to format). I also looked into Blog2Print and Blurb to print my blog.

What problem are you trying to solve?

I don’t have an easy way to take emails, blog posts, and Evernote notes and turn them into a printed, bound journal. In the past, I would keep paper journals. Now I keep that stuff digitally, but I still want to have a printed copy to put on my shelf to pass down to kids and protect from an electromagnetic pulse or some other catastrophic data loss or account lockout.

People born before 1990 who have children and a decent fear of loss of data coupled with a desire to leave a legacy (i.e. Scrapbookers, Baby book makers, Mothers, and Fathers).

Why are you doing this?

I’ve always wanted to be an archivist. You know this. But it’s also one of the 10 e-commerce ideas I had for 2015 (i.e. people are going to want to print more stuff to avoid The White Album Problem).

Ben Lawrence came up with the name Outdoor Ben after the realization that he was unhappy in my professional life. It took him a long time to pinpoint the main reason for his unhappiness until he took a moment to reflect on his life. He determined early in life that he wanted to go into construction after visiting construction sites with a family friend. He was fascinated watching his friend manage crews and activities in muddy boots working outside. It was a far cry from the typical office position and that intrigued him. Ben went to Purdue and got a degree in Building Construction Management. He thought he was realizing his dream until he ended up behind a computer screen or a set of drawings, day after day…looking around at the same set of walls, day after day. It wasn’t exactly what he had in mind, but he never made the connection between his unhappiness and his career until he took a moment to reflect and realized that the problem was far simpler than he imagined. Ben was unhappy because he was always indoors. He found that he was much happier, much more energetic, and much more in his element when he is outdoors. It really is that simple. 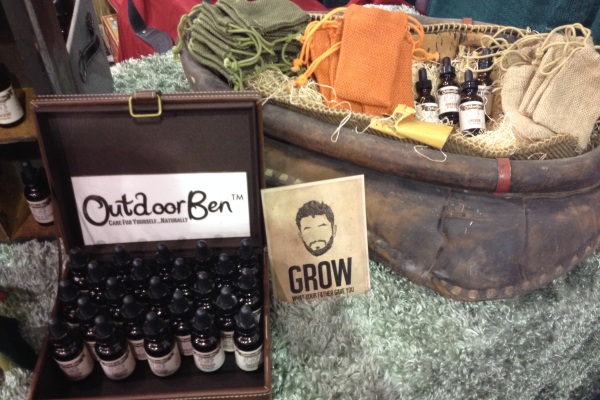 Ben just recently got started with the business after talking with his wife about their common interests. He wanted work to feel less like work and more like a part of his life. “People talk about a work/life balance. For me, going forward, it is not going to be so much about finding that balance as finding that union. I want my career goals to be in line with my personal goals. I want to make a difference in peoples’ lives, as does my wife. She helped me to realize this after she took similar steps in her life.” Ben’s wife’s background is in IT and website development, but after becoming allergic to basically everything she was ingesting (wheat/gluten, dairy, soy, yeast, antibiotics, etc.), she was forced to change her lifestyle. She had to learn how to cook all over again. She had to read the ingredients in everything she picked up at the grocery store. When it was all said and done, these drastic changes resulted in her feeling better than she has ever felt in her life. 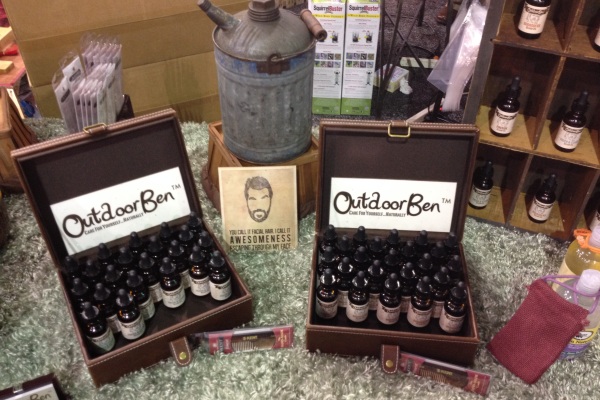 Outdoor Ben is concentrating on natural care products but eventually they want it to be more encompassing. They believe everyone has a right to know what they are putting in and on their bodies. They believe that people should know the basics behind growing their own produce and becoming more self-sufficient. They believe people should have preparedness plans in place and know how to react in a state of emergency. They believe that people should practice mindfulness to be fully connected physically and emotionally to their life and environment. So that is, in general, the grand vision of Outdoor Ben. For now, they are starting with beard oil and sugar scrubs, but they just want to offer people healthy alternatives to products they find on the shelves of the local store…free of harsh chemicals and toxins. It’s a start in the right direction. 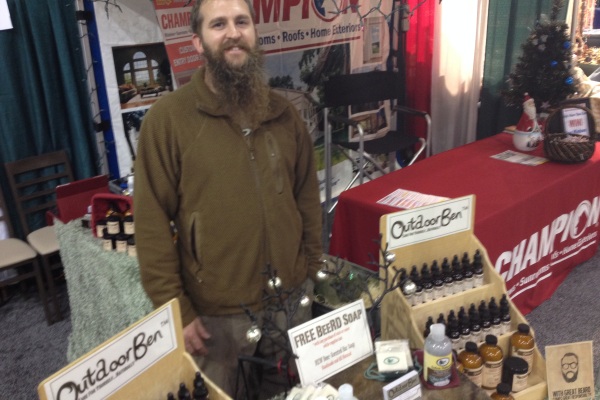 Ben develops and formulate the products using the highest quality carrier and essential oils that he can source. He sources organically as much as possible, and researches all of the ingredients to ensure their safety and therapeutic benefits. Their main product, beard oil, basically grew out of Ben’s desire to have a better looking beard. Ben has had a beard for about 5 years and stopped trimming it about a year and a half ago. It has grown out well, but it was very dry, crunchy, and hard to get a comb through. Ben noticed each day he was losing more and more hair from his beard to his comb. So Ben did some research and experimenting and put together scented beard oils using only carrier and essential oils that are known to moisturize and soften the skin and hair, naturally cleanse, and stimulate growth. He also sourced the highest quality hand-made, hand-sawn and hand-polished combs. Since each tooth of a Kent comb is saw-cut and polished by hand, your hair is not damaged and split – a usual result with use of cheaper, injection-molded combs.