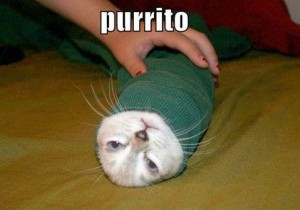 My daughter in law’s family and many of her close relatives live in Mexico. Her home was humble; dirt floor, not too many rooms but occupied by many family members.

Their province was mostly savanna. The home was near a small stream. Fuel was obtained from the stunted tree and vegetation on their ranch. Animals on the ranchero consisted of flocks of chickens, ducks, some geese, a few pigs, and two cows for milk. The also maintained an extensive garden for vegetables, which would have been impossible without the small stream.

A village was nearby which a few retail stores had. Most of them had electric power, but many also had no power source what ever. The village also had a post office, a large catholic church, blacksmith shop, repair shop, feed and grain mercantile store and a filling station.

The only useless thing around their home was a cat that managed one day to stray onto the premises. The never seemed to any mouse hunting by the cat; there were not many nice, even if mice were around. The decision was made to get rid of the cat because it added nothing to the ranch and it also did not seem friendly as well. If anyone tried to reach down to pet her or pick her up, the creature would shy away. Rudolpho [Rudy] was the second cousin chosen to get rid of the cat by taking in way out on the savanna and loosing it.

Rudy managed to pick up the cat, and took the animal two hours away from the house and put it on the ground. He walked further on and noticed that occasionally, the cat would disappear and seemed to scouting around in the sparse vegetation.

On one of these occasions, Rudy hurriedly walked away toward the ranch house. He looked over his shoulder several times and the cat was nowhere to be seen. He slowed his pace and casually returned to home around sunset. There on the front porch was the cat. It had beaten Rudy home.

Three days later, Rudy tried again. This time he went in a different direction and further out. The cat did the exploration trips along the way and as before, and on one of those excursions, Rudy ran as fast as he could, away from the cat but, not in the direction of the ranch. He stopped running and waited for a short time and the cat did not show up.

Rudy then turned toward the ranch, only to find again, the cat sitting on the front porch of the house.

Not wanting to admit defeat, Rudy thought of a fool proof plan. He would pack a lunch, a big canteen of water, and take the cat and walk in a zigzag pattern all over the savanna.

He did this until evening, and at sunset, he sat down, opened his food and curled up and went to sleep. The next morning, the cat was nowhere, there was a little food left, which he ate, and drank some water. He started back to the ranch, truing to find landmarks that were familiar to him.

After wondering around for quite a long time, he could not find anything that looked familiar. He finally concluded that he was lost. He was in deep trouble. He did not have too much food and only a limited supply of water.

He reconnoitered his location with the help of the sun, and began his trip to the ranch. He was not sure, but he felt that he was going in the right direction.

Unbelievably, about fifteen minutes in his walk, he came across the cat. He felt lucky. He gave the cat some of the food he had, some water from the cap of his water bottle.

The rest of the day, he followed the cat and after about two hours, they both were back at the house on the ranch.

The family was happy to see Rudy back and all agreed, they would have to keep the cat.