2019 was a formative year. A lot of change happened. Some good. Some bad. But it happened. And now all we can do is focus on the future, be positive, thankful, and loving. Here’s to 2020!

Each new year we have before us a brand new book containing 365 blank pages. Let us fill all these pages with beautiful memories to cherish them all through our life! Happy New Year!

Mar 20,2019 Comments Off on People Who Believed in Me Life's Journey

Have you ever had someone say something positive about you to you that stuck with you? Maybe it was a teacher, parent, friend, or stranger who saw something in you and felt so strongly about it they told you about it and in doing so, it changed how you thought about yourself for years if not your whole life? These are a few of those stories for me and hopefully, they’ll remind you of some in your own life.

When I was in elementary school a teacher noticed there was something different about me and recommended me for advanced classes, which I stayed in throughout high school. I was also chosen to be a part of the school play (it wasn’t something that you auditioned for then). Since then I’ve had other people notice things that they feel are special about me in some way. Kudos to them for sharing those thoughts with me in an attempt to lift me up. I have remembered them and I’m documenting them here today.

When I was in high school I took a psychology class and one of the exercises was to draw in lines around ‘gibberish’ lines on the page in order to make a painting or tell a story. What I saw stood out right away. I drew a picture of Spock from Star Trek by connecting the lines as I saw them. When the teacher saw it, he said no one had ever done that before in all of the classes he’d taught with that exercise. Similarly in that same class, when a right brain and left brain test was given in that class, the teacher told me I answered the test differently than every other person in the class.

When I was at Old National, just out of college, I had my name printed on my monitor as one letter off from the home keys like this: RTOVJ. One day an IT guy was fixing something at my desk and asked me about it. When I told him what it meant he said something like, “I can tell you’re going to be a successful person in life.” Looking back, it strikes me that he may have been sarcastic, but I remember his body language as being what I found to be overly impressed. It struck me as odd at the time that he would say that, but since then I have noticed that several people have told me that I think differently than other people.

One day I was driving home after my last day at First Merchants Bank and I was a little unsure about my career, my source of income, and my life in general. I was now a full-time, independent IT/web consultant and there would be no more regular, biweekly paychecks. As I was pulling into my town, I noticed a man with wood that used to be in the back of his truck had turned the corner and the wood was now laying on the street. I pulled over and helped him load the wood back in his truck. Afterward, he turned to me and said, “Everythings going to be alright for you.” I think he was an angel.

Shortly after I become a full-time, independent IT/web consultant, I started working more with one of my client’s wife, Joy, and her son. I helped him start an import/export company that eventually became Skinny & Co. Coconut Oil, but before that we worked on fixing her husband’s dentist office. While working with her I got to know her better and one day she said to me, “I’ve never met anyone who thinks like you do” and then later added, “There is no doubt in my mind that you will eventually be a millionaire.” I’m not one yet, but I have a friend who told me he believes I will one day surpass him in income. I believe I can if I change into someone who can.

If you ever think about these things about others, I encourage you to tell them as it may be something they remember for the rest of their lives. We never know what impact even the smallest comments can make on another person’s life. I’ve heard stories of a single comment changing a person’s goal in life, what college they went to, and what career they chose. And the person telling it hardly remembered saying it. It goes to show we all have an impact on each other. Words matter. They hold the power of life and death. All things begin as ideas in the minds of man and it is only when they are shared that they can take life. Like mustard seeds, they grow.

Sep 4,2018 Comments Off on My Body is a House Life's Journey

This is a story of how a joke from a 3-year old, a 100-year old house, and a rainy afternoon helped me to move on. 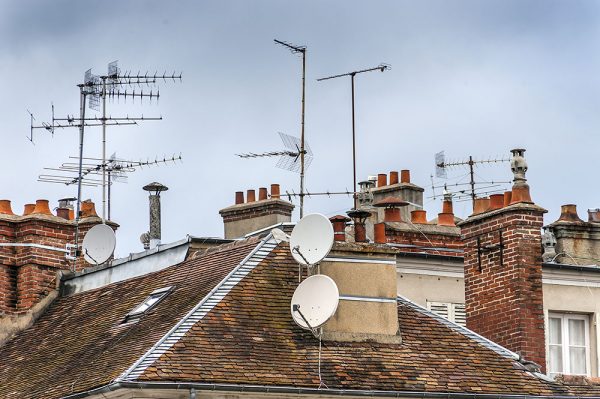 “Daddy, there’s a cow in the sunroof,” my 3-year old daughter said to me as we were driving through the country to see my brother and parents for Thanksgiving. Not knowing what to expect, I slid open up the sunroof to hear, “Mooo!” from the back seat. I quickly shut the sunroof as to not let out the cow.

“Daddy, there’s a pig in the sunroof,” she continued. Again I slid open the sunroof and a new sound emerged from behind me, “Oink, oink, oink!” she squealed in joy. Not knowing exactly how many barn animals were up in my sunroof, I again quickly shut it, which silenced the pig. She paused to think.

“Daddy, there’s a house in the sunroof.” Based on the previous two farm animal sounds I had no idea what to expect when I slid open the sunroof, but nonetheless, just as I cracked it open, my 3-year old in her lowest, deadpan voice said, “A house.” It was a good memory and a fun story to share.

The House in Tipton

For the first 15 years of our marriage, my wife and I lived in a tiny town called “Tipton” in north central Indiana. The house was built in 1919 and at the time was nearly 100 years old. My wife’s parents had owned it before her dad died. Soon after we got married, my wife’s mother got remarried, moved out, and we bought the house.

In the time we lived there, we went from having no children to 6 of them. Magdalena was our first child. Carmina, the one who told the joke, was our second. We then had two boys, Kevin and Samuel, followed by another two girls, Amalia, and Lilianna. We had many Thanksgivings and Christmases there. We had many good times and bad.

At some point while living there I realized that despite all that had changed in my own life and in my family’s lives since living there, from the vantage point of the house, after nearly 100 years, it had already seen many families come and go, rise and fall, grow and die, come together, and break apart. Our time was just one among many.

Jordan Peterson is a clinical psychologist and Professor of psychology at the University of Toronto, a post he has occupied since 1998. He previously served as a professor at Harvard University. He has authored two books: Maps of Meaning & 12 Rules For Life: An Antidote to Chaos. He also has a popular YouTube channel, Jordan Peterson Videos.

In an online course called Self Authoring, professor Peterson guides you through writing a story of your life. One of the exercises is called “Past Authoring” and in it are exercises where you divide your life into seven different time periods or epochs, identify the most significant events, and describe how those experiences shaped who you are today.

I had heard about professor Peterson only through his appearances on the Joe Rogan Podcast, but it was only when a friend of mine sent me info about the Self Authoring course that I discovered it. My wife and I both signed up one rainy afternoon but before I started the program, I went up from my basement office to my bedroom to reflect.

Watching the Bluff in the Rain

In 2017 my wife and I moved from Tipton, Indiana to La Crosse, Wisconsin. It was a new house and a new start. We went from seeing nothing on the horizon but corn cobs and windmills to tree-lined bluffs and bountiful rivers. The town of La Crosse sits nestled in a coulee region between steep, rocky bluffs and the Mississippi River.

When I lay down in my bedroom I can see the bluff out over the tops of the houses in a way that is reminiscent of Norman Rockwell’s November 5, 1949 cover of the Saturday Evening Post where a man is hanging his new TV antenna while a church cross towers in the background. In this afternoon, it was raining, so I opened the window.

While I listened to the rain and stared out the window, looking at nothing in particular, my eyes settled on the roofs of the houses between our house and the bluff. It’s at that moment that I remembered our house in Tipton and how we had only lived there 15 out of its nearly 100 years and I wondered what other stories these houses had to tell.

I make t-shirts and because of Carmina’s joke, I had wanted to make a t-shirt for myself that just said, “A HOUSE“. I figured I would be the only person to buy it, but I wanted to buy it so I made it and published it on Amazon to sell. I just happened to make the shirt the same day I heard about Jordan Peterson’s course and went upstairs to reflect.

Aside from major events in your life, even if you did nothing, the cells in your body will mostly replace themselves every 7 to 15 years, while some cells, such as neurons in your brain, are never replaced. In this way, your body is more like a house where cells come and go. In the same way, different epochs take place in your body, which is just “a house”.

You may have heard that you are the sum of all of your past choices. An often-used anecdote is that “You are what you eat” or what you think about comes about. What I have found is that I often feel trapped by past choices or condemned by them. Sometimes I have done things I regret and other things I regret having happened to me.

When I had my epiphany that afternoon and I started to think about my body as “a house”, I realized that, like families who move in and out of houses, the house looks the same from the outside, but the insides are different. And the house may contain scars on the inside from previous dwellers, it has no care or further connection to them.

In thinking of my life in terms of epochs with specific endings and my body as “a house”, I was able to disassociate my current reality from past realities and stop reliving bad memories over and over. While I may look the same from the outside, there is a new ‘family’ living inside me now, a new set of cells making new choices and living a new epoch.