Driving by the Future – Without Ever Knowing It

I’m in Kokomo, IN this week, at a branch just off of US 31. I drove by this branch on the way to Niles, MI back in 1999 on the way to Michiana Christian Service Camp. The camp cook often visited a past family member at the graveyard just down the street from my home at the time in Franklin, IN. The son of the camp director left at the end of the summer to attend Milligan College in Tennessee. The next year, I’d leave Kentucky Christian College for Milligan College with my friend, Ben. By then, the camp director’s son had left. 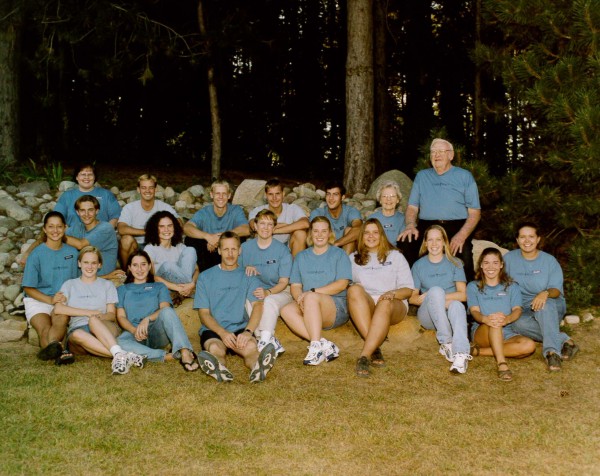 While at Milligan College (read about my time at Milligan College here), I visited friends from Kentucky Christian College now attending Ball State University in Muncie, IN, Jason and Derek. The next semester I moved to Muncie and roomed with Jason and Derek in Jason’s home. I tried applying for a job at First Merchants Bank, but they were closed on Martin Luther King Day. I opened a free checking account at Old National Bank. Two months later Jason got a job there and married Krista. Derek and I had to move out into our own apartment. In June of 2001 I drove through Tipton, IN on my way to meet my brother in Lafayette, IN. He worked for Purdue University. That same month Derek began working for Old National too. The next month, I met my future wife in Tipton and also began working for Old National.

That August I began school at Ball State. By mid-semester, Derek met his future wife, Shannon. In December Jason, Derek, and I were given the choice to be laid off or transferred to Indianapolis. Our plant was closing down in Muncie. Jason left Old National for First Merchants Bank. Derek stayed in Muncie and got laid off. I stayed with Old National and moved to Indianapolis, transferring to IUPUI. There I worked with my roommate from Milligan, Ben. I also met Jake, who left to attend Purdue. I visited Jake a year later in Lafayette. He had just met a girl the night before, who he later married.

Ben left Old National in 2004 after a lawn mower accident cut off part of one of his fingers. Derek later moved to Indianapolis with his wife, Shannon, and began teaching. He works part-time for Old National in the evenings. In June of 2007 I left Old National Bank and in June of 2008 I began working for First Merchants Bank with Jason, which brings me back to why I’m sitting in a branch in Kokomo on the edge of US 31, where I passed 9 years prior, on my way to Michigan.