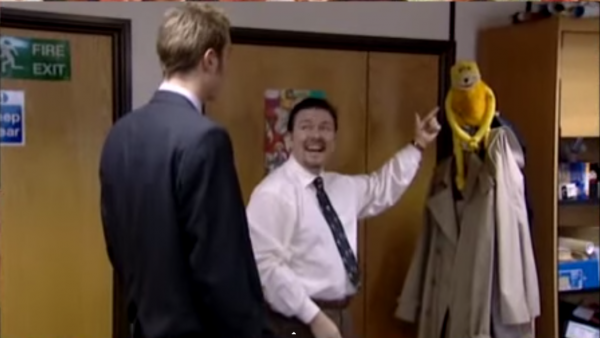 Back in 2009 I was listening to a Coast to Coast episode regarding “Mind Viruses & Genetics.” Author and speaker in the field of self-development, Dr. Wayne Dyer, and foremost authority in bridging science and spirit, Dr. Bruce Lipton, discussed how genes and DNA do not control our body, and how MEMES, or mind viruses, are infecting our population.

Whether you believe that thoughts can interact with the universe, God, or control the cells of our own bodies is beyond the scope of this post, but I would simply like to point out some new terms I heard while listening to the episode. The first term is “phase transition,” which is a physics term for when electrons in an atom line up to cause a transition from one phase to another such as from a liquid to a gas. This tipping point happens when a set number of electrons line up, causing all the other electrons to follow, which changes the atom’s phase. The author called that point the “100th monkey.”

According to Wikipedia, the Hundredth Monkey Effect is where, “a learned behavior spreads instantaneously from one group of monkeys to all related monkeys once a critical number is reached. By generalization it means the instantaneous, paranormal spreading of an idea or ability to the remainder of a population once a certain portion of that population has heard of the new idea or learned the new ability.”

You may have heard of the physics term, “quantum entanglement” which is “a possible property of a quantum mechanical state of a system of two or more objects in which the quantum states of the constituting objects are linked together so that one object can no longer be adequately described without full mention of its counterpart — even though the individual objects may be spatially separated. This interconnection leads to non-classical correlations between observable physical properties of remote systems, often referred to as nonlocal correlations.”

Along with doctors who noted that cells taken out of a body respond to stimuli from their original host, you get the gist that there may be undetectable ways that matter communicates at the quantum or atom level, the cellular level, and at the organizational level (as with the 100th monkeys effect). W. Edwards Deming, the engineer whose quality management systems transformed Japanese manufacturing, noted that if you get the first 15 percent of any system right, the other 85 percent flows easily.

At first I thought this was like Pareto’s 80/20 rule, but now realize it is more like the tipping point or the 100th monkey effect. I’ve noticed in working with one of my clients that when we create a new system, such as a tracking sheet, once we get buy-in from a certain number of individuals, the success of that system grows from there. But that could be more of a network effect rather than a ‘100th monkey’ thing.

The reason I wanted to mention all of this is because I have noticed lately the power of the individual. Anything that ever happens can be traced back to one person first having the idea – and then sharing it. Once shared with enough people to get critical mass, it tips, the electrons align, and the phase transitions. The point is, although things happen best within teams of at least two people, ideas begin with one. If you have an idea. Share it. Maybe know one else will ever have the same idea.

If Tesla had kept alternating current to himself, we would all be using Edison’s direct current today. That’s just one example, but there are many. The hyperlinked web you are using right now was invented by one man, Tim Berners Lee. It’s not just inventions, its deciding to love someone. It’s whatever you can imagine. I encourage you all to imagine, to stretch your mind, and cast off feelings of doubt and self-sabotage. Tell yourself you can and you will.

Transitions have that kind of split personality where a lot changes, but very little gets done sometimes. Even static people can do that to themselves when they spend all their time preparing and organizing and never taking action. A friend of mine once announced he’s going to get a divorce and moved out of his house. His productivity level plummeted. I think that sometimes growth comes from stability, other times it comes from an uprooting.

Around the same time I was listening to 50 Prosperity Classics. Like Canfield, co-author of Chicken Soup books and others have suggested, we hung a note on our front door that has a dollar goal, a list of things we’d do or buy with the money (pay bills, carry cash in our pockets, be able to help others, go out to eat guilt-free, get a faster computing experience) as well as actual checks made out to us. In addition, I started speaking to myself things like, “I can be rich. I am rich. I can make [X] dollars a year. I do make [X] dollars a year.” and even “I can be a good father. I can love the Lord our God with all my heart, mind, and soul.”

What I began to notice from that practice was that normal inputs like web design requests and computer repairs started hitting my sub-conscious mind differently. When they came in, my “gut” said, “You make [X] a year. You can’t be coding websites anymore. Hire someone to do that so you can multiply yourself and make more money in less time. You build businesses for other people to work in. That is what you do now.” Yeah, I know, my gut is long winded – its kind of like those Chinese translations on TV, satirized by Wayne’s World, only in reverse.

In that radio show I listened to on Coast to Coast AM, one of the guys said that the sub-conscious or “habitual” mind as he called it makes up 95% of our behavior throughout the day and that much of what we do is automatic. Only 5% requires us having to think to make decisions. This means that we have a huge opportunity to manipulate this habitual mind to our liking and to our benefit. The more I read and listen, the more I find that most writers are all saying the same things. “Ask and it
will be given,” and “Tell yourself you can and you will.”

In the morning we rise and fly,
Leaving our home to give our best
We tune the dial and tweak our lives
The sun, it sets. We climb to rest 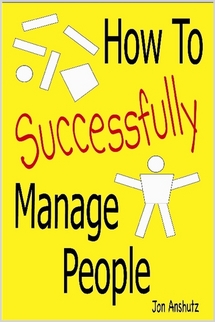 The purpose of How to Successfully Manage People by Jon Anshutz is to give you a better understanding of what it takes to effectively manage people. “How To Successfully Manage People” is a complete guide for managing. Anshutz goes out of his way to teach you the skills you will need to get the most out of your people. If you are serious about getting the most out of your people then you need to buy this book because it will show you how to create a “family” type atmosphere, how to set goals for yourself and your team, and so much more. No manager should be with out this book.