Jan 8,2020 Comments Off on We Found an Abandoned Pipe Organ in an Old Church! Does it Work? Church, Music, playing music

My wife was remodeling an old church into apartments and found an old pipe organ, but does it work? 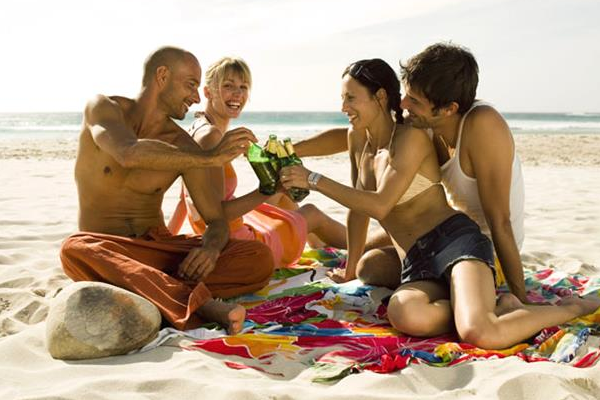 This jukebox musical is on Spotify. I’ve weaved a story out of the following country songs. It’s something I do for fun. Previously I’ve done it with pop/rock songs, but this is my my first attempt at country (by request).

Listen to Freestyle on Spotify

1. Freestyle by Lady Antebellum – Thursday night, Charles, Pete and Kelley are rolling down a river road in a Chevy van listening to their favorite songs from Fleetwood Mac and Macklemore.

2. Down This Road by Cam – Unbeknownst to them, Hillary passes the boys as she is driving to her childhood home. She lives in the city now, but has come home for a long weekend to visit her parents.

As night falls on the town, one by one the lights go out. Just before Hillary turns her light off we see her pour an engagement ring out of a white paper envelope and look at it through the light.

3. Drinking Class by Lee Brice – A rooster crows. Charles gets up for work on Friday while looking forward to going out to drink after work with some friends. To him, every night is “Friday”.

As Charles opens his lunch pail and begins eating his lunch, he secretly opens a small paper notebook full of plans and diagrams for opening up his own business, but quickly puts it away when someone walks by.

4. Everything to You by Caitlyn Smith – Hillary is eating dinner with her father and she notices how gray his hair has become and she wants to tell him about the ring, but instead sings her father a song.

She gets a phone call from “Joe”, but she declines the call.

5. Country Bumpkin by Cal Smith – Her father detects that something might be wrong so he tells her a story about how he met her mother and what she said to him on her death bed. He wanted to know that they had a good life.

6. Neon Light by Blake Shelton – When Hillary finally listens to the voicemail, she hears Joe singing about how he misses her. He tells her he was looking for a sign and he’s finally found one, in the window of a bar.

7. Medicine by Shakira, Blake Shelton – Hillary tells her dad she’s going out for the night and she heads to bar for “medicine”. At the same time, Joe is sitting at a bar back in the city.

At the bar she runs into Charles and before he can hide his notes, Hillary asks him about them. He quickly hides them before recognizing her and embracing her with a big hug. They begin to talk about old times.

8. When the Right One Comes Along by Striking Matches – Hillary explains to Charles that she’s only home for the weekend to visit her dad, but the real reason is that she’s running away from her boyfriend, Joe, who asked her to marry her.

9. Mess is Mine by Vance Joy – Charles tells her that he will take her problems from her for the night and that her “mess” is his. After the song, Charles asks Hillary to sing karaoke with him for fun.

11. Dirt by Florida Georgia Line – Charles asks Hillary if she’d like to take a walk and as he’s walking he kicks the dirt and starts telling Hillary about a time when he almost got married, but didn’t.

12. Remind Me by Brad Paisley, Carrie Underwood – Hillary asks Charlie if he was talking about her. She reminds him that they used to date and it was actually him who took her to the airport when she first left town.

Charlie asks her to remind him. She said, “We didn’t sleep. I remember I’d wake up in one of your old t-shirts. You’d kiss my neck. I can remember that, but I want you to remind me.”

13. Drunk Americans by Toby Keith – Instead of kissing her, Charlie says their all just “Drunk Americans” and that, “We just came here to drink.” He walks back into the bar and begins singing with all of the people in the bar.

15. Feelin’ It by Scotty McCreery – Pete drops off Charles and calls up his girlfriend, Kelley to say he’s feelin’ like going out to the beach this afternoon. She’s friends with Hillary and invites her to the beach.

Pete texts Charles to meet him there that night for beer and a bonfire. Charles responds “I can’t get away from a good time,” and we see him incorporating his new business online before grabbing his keys.

16. Make You Miss Me by Sam Hunt – Hillary calls Joe and tells him she wants to break up. He says he will make her miss him and that she’ll miss sleeping in his t-shirt. She puts down the phone and cries into her hands.

When she pulls her hands down she sees her bikini laying on the bed.

17. Sunshine & Whiskey by Frankie Ballard – Pete sings to his girlfriend on the beach, reminiscing about the good times they had cruising around in his Chevy. Charles arrives and sees Hillary coming out of the water.

18. Cruise – Remix by Florida Georgia Line, Nelly – Charlie asks Hillary if she’d like to take a ride in his Chevy and they go for a cruise. Charlie tells her he doesn’t want to be a blue collar worker anymore.

19. Where Your Road Leads by Garth Brooks, Trisha Yearwood – Hillary thanks him for being there for her last night and tells him she’s broken up with her boyfriend. She said she would help him with his dreams if he would love her.

20. Love You Like That by Canaan Smith – Charles tells Hillary that he can love her the way she wants him to and they ride off into the country sunset in his Chevy. As the taillights grow dim, the music fades into the night.

May 17,2014 Comments Off on Sleepless – a Rock Musical Music

In December of 2012 I wrote my first rock musical based on a compilation of songs on Spotify at that time. This is my 2nd rock musical, which like the first jukebox takes place over a period of 24 hours (here’s the Spotify link to listen):

“Son when you grow up, would you be the saviour of the broken, the beaten and the damned? Will you defeat them, your demons, and all the non-believers,  the plans that they have made? Because one day I’ll leave you, a phantom to lead you in the summer, to join The Black Parade.”