Forbes recently wrote an article about Why Google and Facebook Might Completely Disappear in the Next 5 Years, which had echoes what Malcolm Gladwell wrote about in Outliers, when it said, “Your long-term viability as a company is dependent on when you were born.”

The author (and Forbes) were getting ripped on this article on Hacker News – but no one can predict the future – we can only look at the past – and even though the timeline is short (15 years), history says Facebook and Google will fail unless they [can] pivot. The gist is that they can’t pivot. It’s not in their paradigm to accept what’s next. Can you?

But the statement, “X will fail unless they can pivot” is true for every company. The companies that make up the Fortune 500 don’t have a long life on the fortune 500. To say that the web will die out and vanish is reaching, and to say that it will in the next five years is really reaching.

Does the author (or any analysts) really expect mobile usage to dry up the well of search advert dollars or that mobile apps will eliminate the public/customer need for search?

The anti-trust lawsuit that is being dredged up against Google will do more to slow them than anything else in the next five years.

And, to say that Facebook can’t have staying power because MySpace didn’t is far from an analysis.

I do agree that the web is not dying – all apps need a website even if they think they don’t. Facebook will do (and has done) better than Myspace because they are a software company first, ran by programmers who have kept Facebook constrained, which has helped it grow.

The problem is that Google only got into social because they were chasing Facebook, just like Microsoft went to the cloud to chase Google. And Facebook only got into mobile because the people demanded it – but they were (and are) late to the game. They are buying Instagram because they are scared of it – not because it will help them grow.

I read something from Seth Godin today that said basically that not all companies can grow. Some do better when their small and can’t scale across that middle “dead zone” to be a big company. Some companies don’t work as a big company either (like web or graphic designers – at least not using the business models in place now).

“Perhaps getting a little bigger isn’t what you want, and it might not even be possible.” -Seth Godin 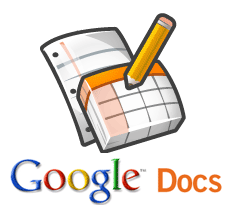 Google Docs is a free (with paid service options): Web-based word processor, spreadsheet, presentation, form, and data storage service offered by Google. It allows users to create and edit documents online while collaborating in real-time with other users. Google Docs is Google’s “software as a service” office suite. Documents, spreadsheets, presentations can be created with Google Docs, imported through the web interface, or sent via email. Documents can be saved to a user’s local computer in a variety of formats including: (ODF, HTML, PDF, RTF, Text, Microsoft Word). Documents are automatically saved to Google’s servers to prevent data loss, and a revision history is automatically kept. Documents can be tagged and archived for organizational purposes.

Google Docs serves as a collaborative tool for editing amongst users and non-users in real time. Documents can be shared, opened, and edited by multiple users at the same time. Users can be notified of changes to any specified regions via e-mail. The application supports two ISO standard document formats: OpenDocument (for both opening and exporting) and Office Open XML (for opening only). It also includes support for proprietary formats such as .doc and .xls. Google Docs is one of many cloud computing, document-sharing services like Microsoft Office Live. The majority of document-sharing services require user fees, but Google Docs is free (mostly). Its popularity amongst businesses is growing due to enhanced sharing features, accessibility, and stability (it’s no longer in beta). In addition, Google Docs has enjoyed a rapid rise in popularity among students and educational institutions. 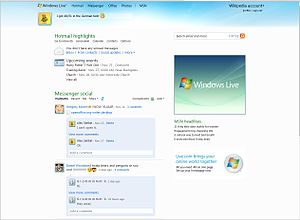 Windows Live is the collective brand name for a set of services and software products from Microsoft, which is part of their “software plus services” platform. While a majority of these services are Web (cloud) applications, accessible from any browser, there are also client-side (binary) applications that require installation on a user’s PC.

There are three ways in which Windows Live services are offered:

Windows Live is different and separate from Xbox LIVE, which is a multiplayer gaming and content delivery system for Microsoft’s Xbox and Xbox 360 as well as the Games for Windows – LIVE multiplayer gaming service for Microsoft Windows. However, formerly separate, Office Live, (Microsoft Office cloud) services are now part of Windows Live services.

So is Windows Live actually “cloud computing” like the commercial says? Some of it is and some of it isn’t. Find out more at Windows Cloud.

Dec 30,2011 Comments Off on Are You Overwhelmed with Spam in Your Email? Customer Relationship Management, Gmail, Google, Google Apps, wiki

When business owners ask me what they can do about all the spam they’re getting, I recommend Google Apps. Not only does Gmail stop most of the spam they’ll get, but it also allows them to create email addresses for all of their employees, setup distribution groups, and access their email from anywhere, including their mobile devices. 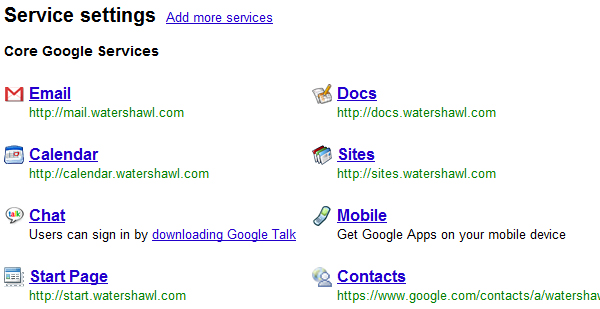 But while spam might be the reason to switch to Google Apps, Gmail is not the only benefit. Your company will also get shared calendar, contacts, documents, and an internal website which you can use as a wiki or as a CRM. And if the tools Google Apps provides by default aren’t enough for you, there are hundreds of add-on software packages for project management, accounting, and customer relationship management that make Google Apps one of the most compelling tools for business owners today.

Erich Stauffer has helped many businesses switch over from their standard POP accounts to the enterprise-level services that Google Apps provides. If you’re looking to reduce spam in your email and communicate more effectively with your employees and your customers, Google Apps may be right for you.