The Zero One or Infinity (ZOI) Rule 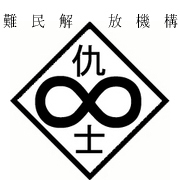 I learned something yesterday that I wanted to share really quick: there is no two in programming, but this can apply to troubleshooting and database design too.

What this means is that there are units that either aren’t allowed to exist, are allowed (or supposed) to exist only once, and those that are allowed to have no limit – but there is no other kind, no other in between those types.

It’s called The Zero One or Infinity (ZOI) Rule.