Go find some music to play. I’ll wait. Get the From the Muddy Banks of the Wishkah album and put it in the CD player. Play “Sliver”. It’s track 8. I’ll listen with you. Because I can. I looked that up on Wikipedia.

Whenever I want, whatever I want. That’s what I need you to understand. Let’s say I want to know what a street corner on a remote island in the Atlantic looks like. I can see it in 5 seconds using Google Street View. 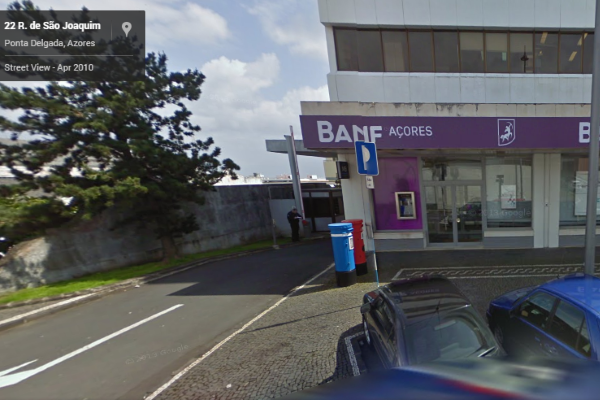 This is Erich from 2015. It’s different here, but most of the stuff is the same. For now, lets focus on how the Internet, or more specifically the way we access the Internet and how people are using the Internet has changed.

You’re still on dial-up and your favorite browser is Netscape. AOL is still popular and information is still hard to find. Well now Netscape doesn’t exist anymore (thanks to AOL) and now we have so much information we have to use software to help us sort it all out.

Instead of dial-up we have broadband, which I think you heard was coming. Strangely enough I still use the tech you were looking forward to: cable modems. But once it gets in the house or business it’s broadcast over “WiFi”.

You may be wondering how our desktops are wireless or how I could afford to have a laptop. Well laptops are like $250 now and the phones are the more expensive items to own. They are equally powerful, they just vary in screensize (but they are increasingly equalizing).

You’d think everyone would be taught and know how to create their own web pages by now, but programmers made it so they never had to learn. For example, I’m typing this in a “Word”-like document and the software adds the code on the back end automatically.

But the biggest change is the phones. Everyone has a cell phone. Everyone. And all cell phones get online and run “apps” like browsers, but there are MANY apps and many don’t talk to each other. Its kind of like all of the CD-ROM software you have at Wal-Mart now, except they all cost 99 cents.

Let’s compare our days for a sec:

1995: You might wake up around 6:30 to catch the bus around 7, arrive at school at 8, go to 7 classes (of course there’s lunch), and then repeat the bus ride on the way home. You might get online in the school library, but if not you’re dialing up at home with Windows 95 on your Gateway 2000 desktop.

2015: My phone wakes me up around 6, I check my text messages (short messages made of text sent to phone numbers or email addresses) and email on my phone. I might check social networks (I’ll get to that in a second) or check the news. And then I’m basically always online for the entire rest of the day.

The Internet is like a utility now. How much time do you spend thinking about how electricity works? The President just asked the FCC to start treating it as such and now one of the biggest companies in the world (Google) wants to take broadband wireless global with a private space company named SpaceX (more on SpaceX and Google later).

Nowadays people think “Facebook” is the Internet and they demand access all of the time. By the time you’re a grandpa, it will be added to the Bill of Rights. Facebook is a social network. That’s a place online for people to share things with anyone or very specific people. Almost everyone on the planet is on Facebook.

By 2009 Facebook had either connected everyone you know or ruined your life. Those who survived went on to trim their friends list to actual friends and their kids moved on to new social networks like Instagram, Tumblr, and direct message systems like Whatsapp, Skype, and Snapchat. But who cares, right? Because phones.

“Grandma take me home…Wanna be alone.” I love that song. But it’s so true. We are more connected than ever, but we never talk anymore. Why visit an old friend when you’re already caught up to date on Facebook? Why call someone when you could just text?

When I get a phone call I have to assume someone has died. Unfortunately I’ve gotten 2 phone calls this month. Don’t worry, it was your wife’s family. She actually had the same Nirvana album when you first met her. That’s partly why you liked her. But she never listed to it. Not once.

But seriously, the phones

I could be inside a building I’ve never been in my life, do one Google search, and get the layout of the building. I could be stuck in traffic and know exactly what’s happening 1 mile ahead. I can see exactly where my wife is at all times. I can even pay for things with my phone.

That brings me to SpaceX and Google. When you’re busy going to college, a South African man is coding up a way for people to email each other money while two other college dropouts are making the worlds best search engine. The first guy sells Paypal and creates a private space company to replace NASA and the other two later give him 1 Billion dollars to give the world Internet access. 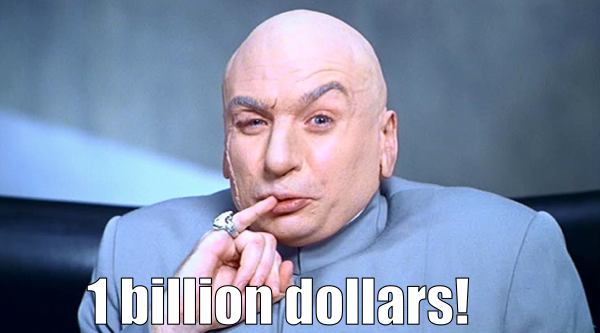 Mike Meyers goes from Wayne’s World to making a hilarious set of “Austin Powers” comedies, but he makes most of his money from voice acting a green ogre for kids. The world does not make sense, but this is the world you find yourself in 20 years later.

Software is eating the world

Our daughter is 10 years old and she’s learning to code. You know those guys who were coding instead of chasing girls in college? You know, the ones who made Facebook, Google, and Paypal? You didn’t do that. You didn’t even invest in those companies. Bad Erich. Bad Erich!

In 2015, money is not earned, it is created by writing software. We have a new type of currency called “making apps.” One requires learning how to develop for Apple (yeah, they don’t suck anymore) and the other for “Android” (Google’s mobile operating system).

Android is like “Windows” and Apple’s “iOS” operating system is like a Mac. Mac’s still exist, but they are shiny and cool. They are cooler than Nike. I asked my 8 year old what “Nike” was and she had no idea. I asked her what “Apple” was and she said, “A computer and phone store.” Get it?

Microsoft is still around and still making a boat load of money, but they’re doing it the same way they’ve always done it: by selling Windows and Office. All attempts at making new products have failed (Xbox gaming console, Bing search engine, and the Surface tablet PC).

The elephant in the room is of course, Amazon. Imagine an online store where you can buy anything and have it delivered to your house next day (sometimes same-day) for free. You know them as a place to buy books. You can still buy those too. I just bought one last week.

Some advice for you, Stauffer

Get a job, any job, then put all of the money into buying Apple stock. Work there until the year 2015 and you’ll be a millionaire. Seriously. The stock goes up like 1400%. You could work at McDonald’s for 20 years and be a millionaire.

Learn to code. Knowing how to write software is like knowing how to type in 1995. Your local library won’t have books on it so you’ll have to go to the university library and get around people in the computer science departments.

Don’t go to college. There is nothing there for you but heartache and student loan debt. (SEE working for McDonald’s above.) By 2015 if you didn’t invest in Apple, but instead learned to code, you could make 2x your student loan debt a year easy.

I suppose me telling you all of this kind of proves that point. You’ll never get this letter because you use Juno to check your email and they lost your email when the server crashed. You’ll go to college, get on CollegeClub.com, and get married. Life will happen exactly as it happened. And the world won’t care.