“Some people have the uncanny ability to make more in a week than most will earn over a lifetime. What’s better, they do it all the time. Amish Shah is one of those people.” Below is a screenshot of his presentation secrets, which I have outlined below. Click the image to watch the full video from Mindvalley Insights. 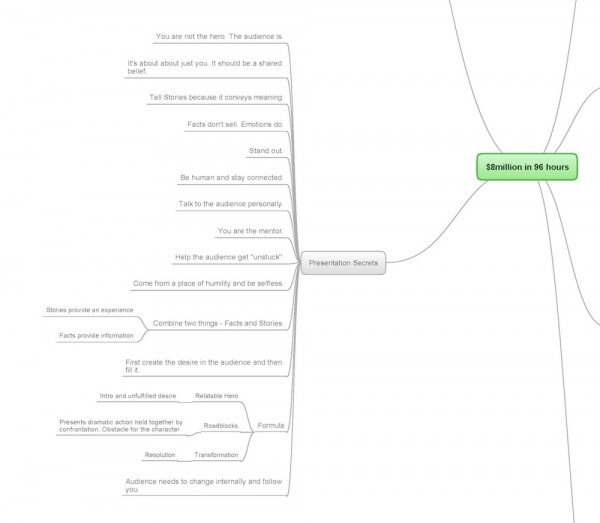 This is similar to the advice Mimi Henderlong of Threadless gives about “telling a story about someone who works at your company and make your customer the hero.” In the following video Amish explains the basics behind his record-breaking launches, his tried and tested theory on how to humanize your work, and how to overcome the single biggest hurdle that all affiliate marketers face – credibility.

I was in a public office for almost 20 years, which necessitated the running for office every so often.

During one campaign, I was greatly embarrassed with one episode concerning the placement of some of my yard campaign signs. I asked a good acquaintance of mine if he would place one of my signs in his yard. He agreed and even asked me for four signs so that he could place them in other peoples yards that he knew would be supportive.

I told him that I was going to go to the local cemetery to visit a grave site and that when I finished, I would drop by his home and leave the signs for him. He told me that he also, was going to the cemetery as well and that he would meet me there.

I put four of my signs in the back of my car and drove to the grave of my youngest son, Kevin.

As I was getting out of the car, my friend with his pick up truck pulled up behind us. As I was unloading the signs from the back seat of my car, I had removed two and rested of them against my car and went about getting the remaining signs out, when another friend of mine, happened to be driving by as well.

He stopped his car, rolled down his window and yelled, “Joe, how many votes do you think you will be getting from here? This is not Cook County Illinois.”