This is a list of sites I use to backlink from for myself and my web design, SEO, and social media marketing clients:

Serial entrepreneurs want to change the world and “make meaning” but successful ones also make money, and lots of it.

Here is a list of 20 serial entrepreneurs and the companies they helped create: 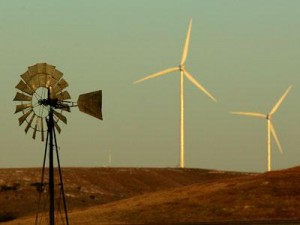 Birds of a feather flock together

Of the companies listed, you may have noticed some repeated names. When we sort the list by the companies with at least two serial entrepreneurs from our list, we get three companies:

And of the companies listed, another trend emerges, which is the similarities in industries.  The companies can be narrowed down into a surprisingly small number of groups, which could be categorized as ‘Technology’ and ‘Other’, but broken we see a large amount of Web 2.0 and Entertainment companies as well as Transportation:

This follows a pattern in economics called ‘barriers to entry’ of which software has the lowest barriers in terms of cost and transportation, the highest.  Hardware and entertainment, it seems, falls in the middle, which is what you would expect.  So in the future, we can probably expect more serial entrepreneurs in the software arena, probably culminating up through app makers, which has the lowest barrier of entry and the highest audience: a combination ripe for the next round of serial entrepreneurs.

Dec 14,2010 Comments Off on Why Are We So Obsessed With Lists? Lists, Reading Lists, Social Bookmarking

At one time in your life you’ve probably made a to-do list.  I still use them, but in the form of emailing myself.  But lists have expanded their scope lately as technology, as in the form of me using my email as a notebook proves, enables us to expand our love of making and using lists.

If you’ve ever shopped on Amazon.com, you may have noticed a book cover on the sidebar, with the heading, “Listmania.” This means that someone has included that book on a list of their favorites, and they posted that list to share with other Amazon customers. If you’ve ever used Apple’s iTunes you know that you can create playlists of songs and share them with other people. These are both examples of companies harnessing the power of people to help cross-promote products. Another term for this is crowdsourcing. Social bookmarking sites like Delicious, Reddit, or Digg rely on users to submit content, which are essentially lists of things people have found on the web.  Then other people come behind them and use them, vote up or down, or share more links.  People like making lists so much that they have even created books of lists of books to read, called ‘reading lists‘, but one site has gone as far as to make lists of reading lists. Yes, you heard right. People are obsessed with lists.

Late Night with David Letterman probably has the most popular top 10 list, but there are many more examples and in different ranges from people obsessed with the top 500 albums of all time to the top 10 Twitter trends of 2010. Watch the following video made by Google on the top news stories of 2010: