It’s easy to forget how far technology has come in the last 20 years. From the rise of the World Wide Web in 1994 to web-based email in 1996 to blogging in 2003 to Facebook in 2004 to text-messaging in 2005 to the rise of the smartphone in 2007. The smartphone is, in some ways, the pinnacle of this technological arc, allowing us to access all of the previous technological innovations in one device. Although I’ve owned a HTC Hero (1,2) and other smartphones, the most popular smartphone is the iPhone, I thought I’d reminisce about my personal history of the iPhone. 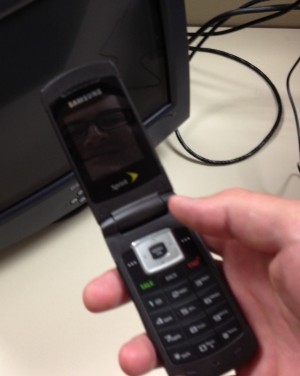 CRT monitors and Samsung Flip Phones Can Be Fun

Back in October 7 of 2007 I had the idea to link a trucker’s CB radio to their laptop to allow them to see and talk to other truckers in similar area via Internet location, rather than CB channel. I would also (through Skype I assume) allow them to call their family/friends from that same CB radio interface.

This has all since been supplanted by the iPhone, which came out 3 months earlier on June 29, 2007. I guess I didn’t know the power it would have to supplant and replace so many different hardware and software elements of our lives – and I didn’t anticipate how widespread [smartphone’s] use would be.

The following is the first message I ever got from a person with the email signature “Sent from my iPhone”. It was from sent on October 24, 2007 from one of my friend’s iPhone. He didn’t even tell me he got a new iPhone, he just started sending out messages that said “Sent from my iPhone.” Brady.

Sent from my iPhone

This is the first message I ever sent from my first iPhone. It was October 30, 2007 and I had just started working at AllThingsIT for the first time. I recently recycled it to get my current iPhone. Sprint gave me $35 credit for it if I remember correctly.

Yahoo! Mail added it’s own email signature underneath the iPhone’s email signature. This is partly why I don’t use Yahoo! Mail anymore. I was using Yahoo! Mail instead of Gmail on my iPhone was because Gmail only worked via POP or IMAP, but eventually Google came out with a Gmail app.

How do you sync Exchange Public Folders with Android/iPhone?

There is no way for the iPhone to show the Public Folders on its own, so we have a few options: 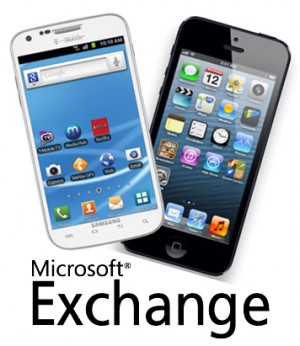 Most of these solutions are read only, one-way syncs, meaning you can’t add to the public folders from a mobile device. For the Android, there is only one option in the Android Market called Public Folder Sync.

How do you sync Exchange Tasks with Android/iPhone?

On the iPhone, try TaskTask for syncing Outlook & Exchange Tasks. For Android, try TaskSync for Exchange.

iOS apps for the iPhone, iPod Touch, and the iPad are in strong demand right now, but not everyone knows how to make one, or even how to find someone to make one for them.

A friend of mine pointed me towards Mobile Roadie, which has made apps for “the world’s top publishers and brands,” like Taylor Swift and the Miami Dolphins. Their main selling point is that they make making an iOS app easy using templates. The trade-off is that you may end up getting an app that looks like a template – or worse, just like someone else’s app. But this is how web design got started once it became more accessible and popular to make your own web sites. Not everyone could code their own web sites and not everyone can code their own iOS apps, so then, like now, template businesses are helping users create things that they couldn’t otherwise do.

Other sites like Appiction will make an app for you using their designers and coders, but the price is higher. Expect to pay in the thousands for a custom-developed web app, much like you would for a custom-designed web site. Remember, the app is going to be used by hundreds, if not thousands of people – and if you’re lucky – millions. So you want your app to work well, be pleasing to the eye, and have a good interface – basic rules of design there. To compare different iPhone app developers and get a quote, visit iphoneappquotes.com. 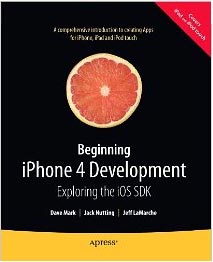 If you’re interested in developing your own iOS app, The Daleisphere has an article about how to start. He goes over the hardware, software, and knowledge you’ll need to get started. Basically, it takes a Mac (you can’t write iOS apps on a PC*), an Objective-C (Cocoa) writer, and an iOS app compiler. He references several books and guides to help you get started and has several key links you’ll need like where to get signed up to become a developer. The most popular iPhone development book on Amazon.com is Beginning iPhone 4 Development: Exploring the iOS SDK so that is something to get you started.