As I sit here, alone, in my dark, home office, I want to share with you what I have learned about community and it’s role in work and happiness in my life.

Starbucks CEO, Howard Schultz, made the term “The third place,” popular in his book, Pour Your Heart Into It: How Starbucks Built a Company One Cup at a Time, but the “third place” is actually a phrase coined by contemporary sociologist Ray Oldenburg. Oldenburg postulated in 1990 that the third place is, “a public place where people gather for the social satisfaction that they can’t get from the first two domains of the home and the workplace.” Oldenburg argued that the availability of such gathering places in America was lacking. Schultz turned America’s ‘lack of place’ into a business opportunity encouraging loitering and turning Starbucks into that third place. In this post I will argue that their is a direct relationship between the number of third places and happiness (in life and work).

In Malcom Gladwell’s book, Outliers: The Story of Success, Gladwell recounts the story of a town whose inhabitants rarely got sick. After a doctor named Wolf began looking into why, he “slowly realized was that the secret of Roseto wasn’t diet or exercise or genes or the region where Roseto was situated. It had to be the Roseto itself.” The town’s social structure had multiple generations living under one roof, the townspeople talked to one another on the street, they cooked together in each other’s backyards, they went to the same church, and had “twenty-two separate civic organizations in a town of just under 2000 people”. In short, the towns people were a community and they had places they could go to congregate and interact. It’s these ‘third’ places that I call Community Stations.

If you went to a public school your teacher may have setup your classroom into stations. If you were in first grade there may have been a station for reading books, a station for building blocks or puzzles, and another station to watch an aquarium or greenhouse. These were all places you could go, sub-sections within the larger classroom to hang out with people like you doing things like you. When you grew up you may have been assigned a “work” station at your job and bought a “play” station for your home. In the 1800’s whole towns were built up around “train” stations and now every corner has a “gas” station for our cars. Third places like Starbucks are a “coffee” station – and like the stations set up around the classroom, is one where like-minded people gather to talk and share what’s going on in their work and their community.

Your community is more than the 2 square miles around your home. It’s made up of the various types of community stations, the most important ones being your home, your work, the stores you visit, and your friend’s homes. Each station in your personal community is like a node on a network and like Facebook, the more friends you have, the better the experience. This network value is called the Network Effect. But unless you live in a college dorm or in a close-knit community like Roseto, you have to travel greater distances to these different stations. But the more stations you have, the greater the chance you will be able to interact with these stations and the greater the value of the community. This is why density matters and it’s why more communities are choosing to infill instead of building sprawl.

Alex Steffen talks about infill in communities being used to build denser communities, but there are already places like that: cities. I recently wrote about how people under 30 are moving into the cities and driving less, what Nathan Norris calls The Great Migration of the 21st Century. More and more people want to live in walkable neighborhoods, places where shopping, fun, and friends are all within walking distance. There is even a website dedicated to judging the walkability of a neighborhood. But you don’t have to live in a city to have a walkable neighborhood. Suburburban “sub-divisions” like these in the Indianapolis area can be specifically built to be walkable. 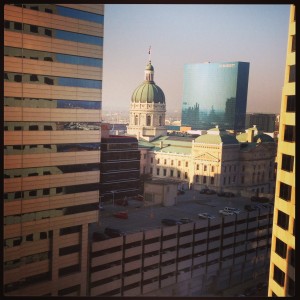 In my post about working in Indianapolis, I wrote about how on Thursdays I would start out at the local BNI meeting, then go to Subway where the local Sandwich artist would remember me and ask me about my business. After breakfast I’d head to Starbucks where I’d normally run into someone I know and begin working. At night I’d attend a meetup or go to a friends house before heading home. After going full-time on my own business one of the first things I noticed was how lonely I was working from home (like right now?). I wrote:

When I worked for other companies I was around other people all day long. We had meetings. I sometimes got to go places on the company’s dime. Some of these times were good. Most of them were not noteworthy. However, once they were gone, I started to miss that in my life. Sure, I met with clients occasionally, but for the most part I stayed in my office at home. While my family is a joy to me, there is a certain need to go beyond that and meetups can help with that.

My wife used to work at a hospital with a man named Melvin whose job was to keep rooms stocked each day. He had worked at the hospital for many years and had developed a routine that involved starting out in the stock room and making rounds around the hospital, stopping to talk to various people in each location. These were his stations within the hospital and without them he would not have been as happy at his job. He needed the community that the stations provided him. As an IT and web consultant, my clients were scattered around the city of Indianapolis and it created many places I could go throughout the day. My clients became part of my community and added to my work enjoyment. It didn’t feel like work – it felt more like visiting a friend.

I live in Tipton, Indiana and there isn’t a whole lot to do here. There is no coffee shop and none of my friends live around here. There is a bowling alley, a movie theater, and several gas stations. My kids like walking to the gas station to get candy and occasionally I’ll walk to watch a movie, but the only place for me to go to ‘work’ is McDonald’s and Jim Dandy. One is depressing and the other won’t leave you alone. There is no place to ‘hang out’. It’s a walkable neighborhood, but where would I be walking to? I decided that there must be something to do here, it’s just that I don’t have the information as to what that is. That’s when I got the idea for Seektivity – an app that lets you share activities and events going on around you – kind of like a Foursquare for activities instead of places. A lot of my friends thought it was a good idea. Shoutt has since come out with something similar, but it adds a ‘borrowing/lending’ feature. I shoutted in Tipton, but so far there has been no one listening (if you live in Tipton, give me a shout out on Twitter).

I take a drink of my coffee and get a text from a customer. The room seems brighter now. I feel like I’m a part of a community – and for a second I am happy.

1. Choose positive thinking friends. Lift each other up!

4. Expect good things to happen. Set yourself up for success!

5. Find the good in any situation. Look on the bright side of life!

6. Stop worrying and start enjoying. Live your life to the fullest!

7. Think happy thoughts. You own your thoughts! Make them great!

9. Picture yourself a winner. And you will be!

10. Give yourself a pat on the back. You deserve it! 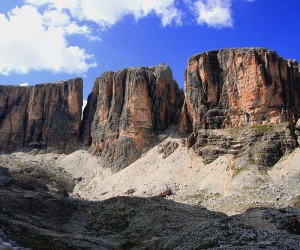 The last dream I had before waking up involved an elderly class alumni group getting up and singing a praise and worship song together as a presentation. One of the members was playing piano and leading the song. It was a traditional song that (in the dream) I recognized as being a traditional hymn that was being sung in a contemporary style. When their higher pitch voices sang the song in a minor key it gave the song an eerie depth that only those with life experience can bring. Then, as the bridge came around, one of the members stood out to do a solo and the music changed to a major key as she started singing, “Rise up to a beautiful day, Rise up to a beautiful day, Rise up to a beautiful day…”. People started spontaneously clapping and the energy in the room became intense. As the song went back into the chorus I was filled with emotion and when I awoke, but when I awoke the only words I remembered were, “rise up to a beautiful day.”

I Googled that phrase, but Google has no record of it as an exact phrase match prior to today. And while I don’t think this is the exact song, it was similar to Chris Tomlin’s “Better is One Day.” One could imagine inserting a “break down” in the middle of that song where the guitars drop out, only drums and vocals remain, and one person just starts singing, “Rise up to a beautiful day,” as the bridge before the guitars bring us back into, “Better is one day…” or even doing some sort of musical round with it. I think the key was the chord changes. The way the elderly group was singing those chord progressions was haunting. It was similar to Johnny Cash’s NIN cover of “Hurt”. There is just something piercing about those with life experience singing about what they have, or in the case of “Better is one day”, are going to go through. With that, I’d like to leave you with the complete lyrics from Chris Tomlin’s song, “Better is one day”.

How lovely is
Your dwelling place
Oh Lord Almighty,
For my soul longs
And even faints
For You
Oh, here my heart
Is satisfied (is satisfied)
Within Your presence
I sing beneath
The shadow of
Your wings