How I Use Evernote

Mar 2,2013 Comments Off on How I Use Evernote Evernote, Productivity

I’ve recently started using Evernote as an experiment on how it might improve my workflow and as a way to keep up to date as a technology consultant. I knew kind of what it was, but had no idea what I would use it for. I didn’t know why you would use Evernote instead of Notes on your iPhone. It seemed that everything Evernote did, there was already something out there that already did that, albeit separately.

I admit I am late to the game as its been around for a while. Evernote was launched in June of 2008 and was made famous by Tim Ferriss in 2011 when he famously told CBS “I couldn’t do my job without it.” My friend, Jason, uses Evernote fanatically and his incessant pitch of the product eventually led me to see what all the hype was about.

If It Aint Broke 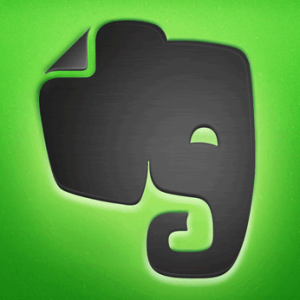 I was used to emailing myself to take notes or storing ideas in Google Sites via Google Apps or creating Google Docs or by creating Word or Excel documents on my computer that I would then sync using Dropbox. It is/was a mess of a system, but I wasn’t really looking for a better way. You could say I was perfectly content in my mess, but I guess I just didn’t know any better. Consultants like David Allen’s Getting Things Done don’t require a specific set of tools like a Franklin Covey Planner or a Moleskine, but that you use a particular method of location-based activities; sorting; decision making; and action. Evernote can help with all of that, and here is how it is different than using separate apps on your iPhone.

How I Use Evernote

I am by no means an Evernote expert. I don’t even know everything there is to do with Evernote, but here is how I’ve been using it. I’ve started replacing emailing myself notes to making notes in Evernote. I didn’t know how this would benefit me, but I just did it anyway (asah shamah) and the immediate benefit was a cleaner inbox. All I was really doing by emailing myself was creating subsequent cleanup and organizational work later when I would have to reparse the information into either a document or a Google Site. By storing the notes in Evernote I was skipping a step because the note and the repository of the notes were one in the same.

The second benefit of using Evernote was also discovered by accident. I wasn’t sure how Evernote was that much different than making notes on the iPhone Note app. On the surface it is not. Both take text and allow you to send it out. Technically both are available online if you have iCloud enabled and enabled to sync your notes, but here’s how Evernote is different: Evernote allows you to put more than just text into a note and it allows groups of notes to be stored in “Notebooks”. It’s an undercover project management tool that’s accessible from any device. You can put images, files, and even voice recordings all inside one note. That’s pretty different than iPhone’s Note app.

While I haven’t yet figured out how to share notebooks with other people, I have had them shared with me and I have shared individual notes with other people using text message and email. There is a paid version, which may be required to do more sharing, I’m not sure. A quick browse of their website indicates Premium is required for allowing others to edit notes and for storing larger files within notes. While on the site I also noticed Evernote has more products so that might be worth exploring too. For right now I have more than enough to explore and use in the free app, which is available for iPhone, Android, PC, and Mac. You can use it to take notes on any device, which means that your notes are available almost anywhere you go. That’s powerful and that’s how I use Evernote.

I’ve been throwing everything into Evernote lately because ‘it’s better than having it sit in my inbox’, but what it’s now starting to feel like is that ‘the action of putting things into Evernote’ is starting to replace actually doing something with the information.

To come at this topic from another perspective: I hardly ever use my Evernote as a reference – I still just go out and Google again or wait for things to come to me. Maybe this will change over time, but I have to keep in mind the main thing, which is:

I’m not using Evernote to store information, I’m using it to help me get stuff done better because of it’s organizational power. If I’m not actually getting any more done because of it, I might as well be printing out the web and storing it in a file cabinet.

I sent this to a friend who said, “I tend to find Evernote is best at info you can’t find anywhere else again. So, paper receipts, bills, work orders, or logs of conversations with vendors all go great in Evernote particularly with OCR.”