One thing I keep hearing from programmers and product owners is that the most important thing (or the hardest thing) is marketing and sales of their product. And to that I say, you have to have a product to market and that’s the hardest part is figuring out what people want, making it, and getting feedback on it. I guess you need both.

When I worked at banks, one of the things I heard over and over was that “Retail can’t work without Operations and Operations can’t work without Retail.” They both needed each other. Can your lungs say to your heart, “I’m better than you.” It could, but it still needs the heart. While the brain thinks it knows everything, it can’t get around without the rest of it’s body.

I’m continually amazed by how little you have to do “right” to be successful in business. You do have to do some things right, but you can still do so much wrong and still succeed. This creates a filter for me, one that highlights what actually matters, not just what I think matters. Here’s what matters: giving people what they want, making sure those people can find it, and charging them for it.

I sent this as a text message to a couple of people and got a couple of different responses:

Spoken like a man who has seen the last domino in his master plan be set up – ready to fall.

The key word is do. You have to do it. Yes you may stumble several times, but if you keep on the road it works out.

The latter one echoes thoughts I’ve had in the past about work. Anyone can take a reservation, it’s the holding that’s most important.

For the last year and a half I’ve had this inflated notion that I’m ‘more than just an IT and web guy’. “I’m a high-level thinker!” I’d say to myself. “I think at a systems level. I can synergize data. I can run a big company. It’s easy for me to make money. I can do anything.” The problem was that while I was busy thinking about better ways to run a company or businesses I could start, I wasn’t really doing anything. I was really just running my mouth.

The moment I was forced to do some of the things I was claiming I was ‘so good at’ I found the tasks extremely hard to do. Solving big problems is not easy. Setting up an ecommerce site is not easy. Going to work everyday is not easy. I had to get over my dream of doing nothing and realize that I’d always be doing something – and so I had to get better at whatever it was I was doing.

What I was doing was IT work, web design, and online marketing/SEO. But because I had spent all of my free time thinking of new business ventures, reading about startups, or hanging out with friends, I wasn’t spending any amount of time becoming a better IT guy, learning more about web design techniques, or discovering new SEO and online marketing strategies.

To be fair, I was learning new things about marketing. I recently learned about things like market sophistication, multivariate testing, and content marketing. I was able to apply this new knowledge to clients who needed to use market segmentation to create separate marketing campaigns for different target markets. It also came in handy while writing the marketing strategy for a business plan for one of my customers.

But there is a lot more I could be doing. I wrote a post on Google Authorship Markup Validation in 2011, but I’ve yet to get it working on my site. My voicemail message still says my old company name and my Gravatar still reflects the old logo. I’m still trying to figure out video and I’ve yet to start an ecommerce store (one of my goals in 2013). However I did start an Amazon Web Store (Amazon’s eCommerce platform) yesterday to try it out. I was looking for something that would let me easily add products and I’ve found that finding suppliers is one of the hardest parts of setting up an ecommerce site. So far I’m not thrilled with it. Why? Because it’s hard.

James Altucher recently wrote, Why Do Anything? In it he writes about how he likes, “to submerge myself completely in water and just float for as long as I can hold my breath.” I used to do this. It was my favorite thing to do when I was on the swim team in high school. As soon as school got out I would race down to the locker room, get changed, and submerge myself in the diving well. I didn’t weigh very much then so I’d sink down about 10 feet until I reached an equilibrium and I’d just hover there, weightless and silent. Nothing could hurt me and all was right with the world – all but my lack of oxygen. I try to recreate this feeling when I’m in the shower, but it’s not the same. That’s the only thing I miss about high school.

In August of 2012, a little over a year after I first quit my job, I wrote a short post called Always Working. It was the first time I realized that I had a feeling where “I just have to work until [x]” happens. Later I had a dream about a hill behind my house. It was a place I had gone many times before and I knew it very well. There were trails, a playground, a parking lot, and a place to buy candy – all at the top of the hill. The only thing was the hill doesn’t exist in real life. It never did.

It was clear my perception of work needed to change.

Recently a friend texted me with the stark realization that he still has 30 more years of work ahead of him. I don’t know. It’s all about your mindset (what people used to call your attitude). To me, work is part of life – and you’re always going to be working – even when you’re not technically working. It’s great if you can do something you love, but it’s better to be better at what you’re doing. Be the best that you can be and things will get better. If you’re a farmer, be the best farmer. If you’re an accountant, be the best accountant. If you’re a writer, be the best writer. If you’re not the best, practice “deliberate practice” in order to get better. This is what great people do. If you want to be great, you have to try to be great – not just think you are great. No one becomes great by doing nothing. There is no hill in your backyard. You cannot float forever. You have to come up for air.

Seth Godin recently wrote an article for Fast Company about how to build a company slowly and one line stuck out to me and it’s one that I’ll end with:

Sometimes the best way to be great at something is simply to become better and better at that thing, rather than hoping one or three bold and brilliant choices will reap a windfall.

Aug 1,2011 Comments Off on How to Start Your Own Web Design Business Bosses, Collossians, Startups, Success, Work

I recently wrote a blog post on my Indianapolis web design site about how to start your own web design business. I shared a little bit about how I got started, but I wanted to go into more detail here on my own blog, An Entrepreneurial Mind. When I first started, I had just quit my job (much like today, but more on that later) and had started working at a call center for a textbook publisher company (hey, at least I was closer to my dream of being a publisher there than while balancing transactions at the bank). While in training on how to interact with customers over the phone, I became friends with another new employee who had some web design experience. I explained to him how I’d had a couple of people ask me to make web sites with them and asked him if he’d like to help build a new web design company with me. Neither one of us had any experience doing so, but that also meant we weren’t afraid to try. When the call center gig ran out, we both started working on the web design business, Watershawl, full time. It was a blast, but our lack of experience caught up with us and I had to let him go. I was now on my own, sustaining the business by myself. I would meet with clients, pitch them websites, and about half of the time, get turned down. Eventually I branched into computer repair, but over time, moved into more of a consulting role. 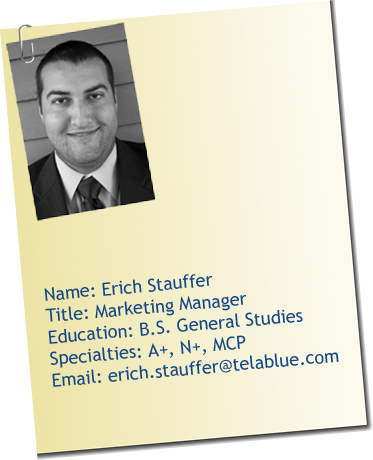 Today, I can safely look back and say that I’m glad that I did it, that I learned alot, but it ultimately was just a stepping stone for what I really liked doing, which was building web sites to promote products for a commission, otherwise known as affiliate marketing. I write all about affiliate marketing success at my eRich Online blog. The things I learned about web design, SEO, marketing, and promotion for my customers I’ve been able to apply for my Internet marketing business where I get paid to promote products. One of the funnest parts for me is discovering profitable micro-niches, which are subsets of a niche, which is a subset of a market. The key is to find a product with high interest and traffic, but low competition. I know you’re probably thinking that all of the niches have been explored and exploited, but there are millions of micro-niches out there and new ones being created every day. For example, Farmville, the flash game on Facebook, wasn’t around 5 years ago, but it’s a huge niche market now. It even has it’s own magazine! You can learn on your own and sometimes that’s the best way, but if you’re like me, you’ll want help in learning how to do Internet marketing.

Oh, one more thing, I mentioned that I quit my job today. I did, actually, which really scared my wife, but we have been planning for this day for a long time, we know what it takes to be successful, and we trust in God to provide for our needs. Before I start the day or begin to work, I pray for guidance from the Lord. God is the foundation of my life, my family, and my business. Before I started this work session, I searched for a bible verse about work. I came across Collossians 3:23-24 which says, “Whatever you do, work at it with all your heart, as working for the Lord, not for men, since you know that you will receive an inheritance from the Lord as a reward. It is the Lord Christ you are serving.” In other words, Jesus is my boss – whether I work for a major corporation or myself I need to be working as if for the Lord. And just as I have meetings with my earthly bosses to get guidance and feedback, I am having meetings, through prayer and meditation, with the Lord, my boss.