In response to marketing and distribution device about product development:

Sometimes you just have to write something, make a decision, just do something before the true answer will come to you. That’s how it is with me at least. A lot of times I won’t know what to do so I’ll just choose something and then it’s like the fog lifts and everything becomes clear. A lot of the time my first choice is wrong, but if I didn’t make it I wouldn’t have been able to know the right choice. In a small way that’s what happened after I emailed you last. I almost immediatly knew how I wanted to help you.

I’m starting an online store for coffee and tea accessories called pourjoy.com and would like to sell your steel balls as an accessory for making non-diluted ice coffee. I wouldn’t call it Balls of Steel though. I’d have to call it something else like “liquid metal” or “iced beans”. I’d see if your mom could buy like ten sets of them from you for me to sell in my store and that would be a good market test and potential new distribution channel for you. What I’d encourage you to do is to find ways to sell the same product as many different ways as you can. 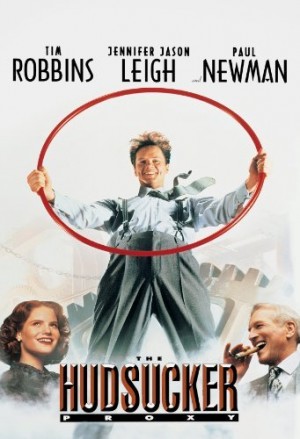 Think about the movie The Hudsucker Proxy and how the circle is used first as a hoola hoop and then as a straw. If you haven’t seen it then Coca Cola is a better example. They sell you the same coke in a bottle, can, and by fountain drink. Mmmm. I’m getting thirsty just thinking about it. For your product I can see it being sold as ying yang balls, stress balls, desk toys, marble run accessories, a game of some sort, a drinking game, as a way to move large furniture, or as a way to shatter large panes of glass.

If you really want to sell a lot of these you’ll need to both have market demand and either large barriers between you and your competition or a huge head start. If you haven’t read how Warren Buffet picks companies, it’s very similar. He would want to know how hard it is for someone to make what you have or do what you do. He would want to see patents and large capital costs that make a virtual moat around your product protecting its business model for years to come. I guess I don’t see that with your product.

Have you considered getting into ecommerce or affiliate marketing instead of manufacturing? You know what ecommerce is, but you may not know about affiliate marketing so here’s a brief primer. Using Amazon.com as an example, anything I link to at Amazon with my code I get a percentage of if someone buys it. Percents range from 6-8% on average. With ecommerce the margins are higher, but so is the risk when inventory is involved. Some of that risk can be mitigated with drop shipping services, but the margins are lower.

I know I want to get into ecommerce and so I am leveraging my background and experience in affiliate marketing, SEO, and web design to learn ecommerce and make a go of it. I’d be happy to share with you what I’m learning and catch up with you in December when you’re in town. Your mom says you’re making a lot of money waiting tables down there and that you’re doing good in school. I know she’s really proud of you and wants to see you succeed and I do too.