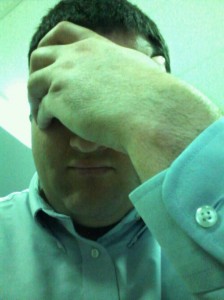 There’s an old saying, “You can plant a tree any month with an ‘r’ in it,” which means you’ll have the most success during the months with more naturally occurring rainfall. Of course you can plant trees any month of the year (as long as the ground is not frozen), but from May to August you’re going to have to water the trees to keep them alive. The same thing is true for building up an Internet business because if traffic is rain, then it ‘rains’ the least in months without an ‘r’ in them, which may explain why September traditionally sees the most traffic and is the most productive month. The correlation between traffic and productivity is thought to be because people are getting ‘back to work’ and feeling refreshed after the many events and vacations they took over the summer. Taken a step further, the reason for the down-turn in Internet traffic is probably due to those same events and vacations – and generally people are inside less. Yes, people browse the Internet on their phones, but most Internet (non app) purchases are made from a traditional computer browser.

So what does that mean for Internet marketers?

The first step is to recognise what is happening. You can’t and won’t change human behavior, but you can do two things to help keep your business from experiencing a summer slump:

Build during the summer for fall, winter, and spring sales

If most to all of your traffic is organic, you’re going to want to build and backlink before you expect the most sales. It doesn’t make sense to build and launch a new web site or product for Christmas in December. There is just not enough time to become a market leader. However, if you had built for Christmas during the summer, you would be poised for success come December.

Build web sites or products specifically for the summer down times

You may have heard of the Internet marketing term, “evergreen markets”, which means markets that are always in season. Commodities like food and energy are good examples, but evergreen markets are susceptible to downturns in overall traffic, so building a ‘summer niche’ during the winter months is recommended for riding out the summer slump. Some ideas include travel, outdoor sporting equipment, camping gear, or clothing.

Customer: I need a website for my business so I do a web search for a web design company to make it and I look at the work that they have done before I ever consider price. I judge what their prices might be based on the site and their work. I might put a feeler email out there or call for information, but I don’t want to commit in any way. I want information without commitment.

Us: Emailing or calling us amounts to an information request only. Any commitment comes with a contract, which only occurs after you’re comfortable and ready to get started. We won’t be sending out a newsletter or cold calling you, nor will we be sharing your information with anyone else. We value your privacy and the privacy of your project. However, all of our customers receive a monthly email detailing any software updates and/or testing we have done that month in addition to a detailed report about your website’s traffic.