Even though Sprint announced the Gingerbread 2.3 update in June 2011, I just got it installed on my HTC EVO phone two days ago. If you don’t have it yet, you can still get it by going to the home screen/Menu/Settings/System updates/HTC software Update. This will initiate the upgrade process. According to the website, “Gingerbread restores HTC EVO 4G’s ability to sync multiple Gmail™ accounts, display email attachments in the email client and fixes battery discharge issues.” 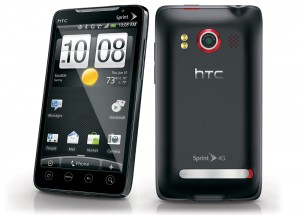 Going Off the Grid

Now that I have used my HTC Hero I realize that I am more plugged in than I have ever been. Not only is data being collected on me from phone, email, and Internet use, but I am freely giving up more information on Facebook, Twitter, and Tumblr. But I wasn’t satisfied with the amount of data being collected so started collecting more data using Endomondo and Facebook apps on my GPS-enabled phone, the HTC Hero for Sprint. Every since I got this phone with unlimited Internet access, I have been more plugged in than ever before. The New York Times has a great article on this called The Data-Driven Life. My friends have started to comment on the uptick in wall posts on Facebook and I’ve started to get caught back up on email, but I’ve also increased my risk.

Now, more than ever I use my phone while driving. If texting makes you 8 times more likely to get on an accident, what is the odds for someone filming and posting videos to YouTube from the road? There is also the minor strain on the wrists from using the mobile device more and in more situations.

Because my phone has always-on Internet access and unlimited text messaging there is nothing to stop me from using the phone at work. Checking Facebook is an issue that I have found that I have and texting with my wife can happen a lot depending on what she is doing that day. The bible says to be a slave to your master; serve your employer well while you are at your job. Being a good steward of your time is part of that.

So now that I’m in, am I wishing I was out? I do like the new features of the phone like weather information, Facebook access, and the qwerty touchscreen, but its just another thing in my life I have to maintain and manage. Like this site, I need to learn to better manage my actions while driving and while at work so I don’t get forced off the grid.

Apr 21,2010 2 Comments on From AT&T and the iPhone to Sprint and the HTC Hero: The Journey Begins Apple, Change, Hero, htc, iPhone, Sprint, Youtube

As I write this my wife is in the process of switching mobile cell phone carriers from AT&T, who we have both been with since 2001, to Sprint. My wife is switching from Apple’s iPhone 3GS and I am switching from an LG Shine slider. We are both getting the HTC Hero which has wifi, visual voicemail, video, a 5 megapixel camera, GPS, tethering via USB, a touchscreen, and it runs Android. It’s not an iPhone. It’s more than an iPhone. And it’s not AT&T.

Sprint offered us 2 lines with unlimited mobile-to-mobile minutes (regardless of carrier), unlimited data, and unlimited texts for $130 a month. For both of us to get an iPhone on AT&T’s network it would cost us around $170 a month for the same plan. Sprint’s plan also comes with 1500 landline minutes. Sprint coverage is so much better than AT&T in our area that it was a no brainer.

We weren’t without our reservations. Sprint, unlike Verizon and AT&T, still charges for roaming, but we wouldn’t have signed up if we didn’t live in an area with plenty of coverage. And my wife and I are avid iPhone users and fans. In fact I’m typing this article on a first generation iPhone I’m using as an iTouch (it has no phone plan). I was a little worried that my wife would hesitate to give up her iPhone, but once she found out that the HTC Hero had similar features and more she was hooked. I’ll have to post a review of the HTC Hero in the near future to let you know what I think, but because it has 3G, direct to Youtube, and WordPress app functionality, this Internet marketing business analyst entrepreneur is happy. Thank you, wife!