Recently, Aaron B. Hockley wrote about, The Dirty Little Secret of Attending Meetups. Aaron states that he doesn’t go to meetups to learn, but “to meet interesting people.” Having written about Meetups extensively in the past, I decided to comment: 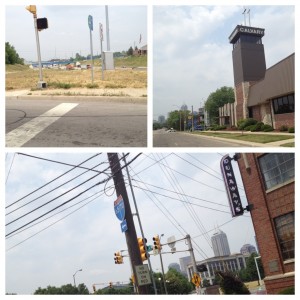 “I go to meetups to learn new things, things that aren’t taught in any class, things that you wouldn’t have learned if you hadn’t been in a group setting to learn them. There are things that happen in group dynamics that don’t happen while reading a blog post on how to do something. But to your point, the people make the difference and if you go to it with that mindset of just wanting to meet interesting people, then learning or networking or anything else is just a bonus on top of that.”

Unlike Portland, Indianapolis doesn’t have an Instagram meetup, but any photographer could create one. It does have a WordPress meetup – two of them, in fact. Indiana may not be the west coast, but here’s 4 reasons why Indiana entrepreneurs rock.

In one of my last posts about networking in Indianapolis, Jeremy Houchens of Pro Media Publishing said, “Thanks for including the links to the local events!”, which when juxtaposed against a recent comment from Ashley Hardy of ANH Media about how, “You know all the networking events in Indianapolis”, and it made me wonder if I really had become a source for Indianapolis networking knowledge.

Jeremy, Ashley, and I are all business owners with loose affiliations and referral partners that allow us to sustain and grow without the burden of an employee/partnership relationship. This is more than just the gig economy‘s freelancers who are in the business of creating jobs for themselves. This is about building bigger companies with less employees. It’s The Startup of You without the Long Hallway. It’s Mesh Networking.

Now I know ‘mesh networking’ is already a term for interconnected devices who can communicate to use each other as nodes on a network, but that’s exactly what I’m suggesting these new types of solopreneur businesses are. The business owners are the ‘devices’ and through each other, they find work. 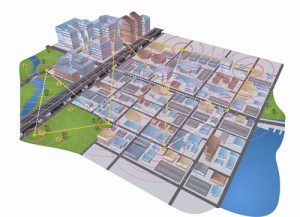 2. You’re building a business, not a job for yourself – like Steven Covey, you begin with the end in mind and that end does not include you being in the employee corner of the Cash Flow Quadrant for long. Your end goal is lower-right and you’re moving there as fast as possible.

7 Indianapolis Networking Events You May Not Have Heard Of

1. Power Circle Network – PCN is a free version of Rainmakers and BNI-type networking that meets weekly on the north side in Carmel, Westfield, and Noblesville; on the east side in Broad Ripple, Cumberland, Greenfield, and New Palestine; on the south side in Greenwood, Southport, Beech Grove, and Franklin; and on the west side in Avon and at Initech Park.

2. Linking Indiana – a Facebook and Smaller Indiana group that holds monthly networking events with a training session – usually with a speaker, but sometimes simply fun exercises like “speed networking”. In the past the events have been at the Rathskeller downtown, but they could be anywhere in the future so sign up for the Facebook group to stay informed.

3. Meetup.com – after 9/11 the founders wanted to use the Internet to help people meet together in person around topics they loved or found interesting. It just so happens that meetups (as they are called) can also be used to network with other like-minded individuals. I currently run a meetup on Indianapolis Marketing. Most meetups are free. Verge Indy is currently the biggest meetup in Indianapolis.

4. BNI Indiana – Business Networking International is a networking group that meets weekly in groups all around the Greater Indianapolis area. It’s a paid membership group, but this and the strict attendance rules means the members are more likely to come. Seeing the same people week after week leads to trust and more referrals. You can attend each BNI meeting twice for free to try them out.

5. Glazer Kennedy Insider’s Circle Indianapolis aka “No BS Indy” – you won’t see this billed as a networking group, because it’s not – but anytime you get a room full of business owners in one place, networking is bound to happen. Scott Manning teaches business owners how to grow their business as fast as possible and charges them for this information, but you can go twice for free.

6. Blog Indiana – this conference is an annual event for bloggers and Internet marketers hosted by Noah Coffey and Shawn Plew. It’s a chance to meet the big players in the business like Douglas Karr, Erik Deckers, or Tricia Meyer. It’s also a chance to meet up-and-comers like Ben Risinger who built DoItIndy with Scott Tolin and just recently founded Somnium Media with Stephanie Eppich Daily and Susan Decker. It’s a two-day event.

7. The Combine – this conference is also an annual event for startups, which is sponsored by, among others, Sproutbox. Like Blog Indiana, The Combine is a two-day event, but it’s in Bloomington spread over the IU campus. This is where I saw Merlin Mann speak and I met Cedric Savarese, the founder of Form Assembly, and up-and-comer Nick Tippman, both of whom I invited to Verge Indy (’cause I’m a mesh networker).

Feb 14,2012 Comments Off on How I Made it as an Entrepreneur employee relationship, Meetups, Networking, Startups, Success

I got this email from an old friend today and wanted to post my reply to him:

So how are things at Watershawl these days? You still able to make a living off of it all? I’m pretty anxious to hear all about what you’ve got going on these days. It seems like you’ve been away for a while now… it was sink or swim time and you swam!

I’ve got that itch again. You know the one where I want to make money my way. I won’t lie they really take care of me there, and I’m learning tons every single day, but I’m starting to read blogs about making money from home and what not again. And it reminded me that I haven’t checked in with you for a while on where you’re at. 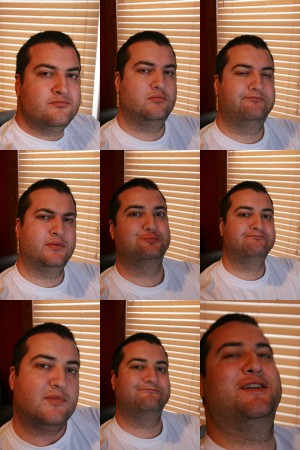 My experience at Watershawl can best be described by the attached picture, but yes, I’m able to make a living off of it. The issues I have are not unique to my business though and that’s cash-flow (you know, the stuff the Cash Management guys talk about all the time). What that means is that although I make enough over time, it doesn’t always come in at the same rate I need it to go out for bills. In other words, it averages out alright, but isn’t always timed right. For example, this month I’m scheduled to make a $400 profit over my bills (something that never hardly happened when I had a normal job), but right now I don’t have anything. It’s like that pretty much every month and that’s because I didn’t have a savings account (and still don’t).

I don’t think the itch to leave will ever really go away (unless you die inside), but there are ways to test the waters before you jump in. First of all, start thinking of your job as your biggest client and try to stop ‘expecting’ a paycheck and start trying to ‘earn’ a paycheck. This will put you in the mindset you’ll need when dealing with clients outside of a employee relationship. When I left I had 1 boss, but now I have over 20 (the number of current clients). My time is not my own. It wasn’t then and it isn’t now. I have to work for them just like I had to work for my old job. The difference is that if I work more, I get more (and I can charge more). I also get to sleep in and do whatever I want. 🙂

My recommendation to you would be to take advantage of where you’re at and LISTEN to what people are saying. What I mean by this is if you can start to hear what people’s problems are, stuff they complain about, and/or what their pain points are, that’s the beginning of discovering a product, service, or business that you could start in order to solve that need. You’re in a better position in some ways than I am for finding out that information. I would love to find out what problems commercial loan officers have or what problems their clients have. If you can find a problem that you can solve + a customer that is both willing and able to pay for that solution, you have a business idea.

The key is to iterate your business idea until you have what’s called a product/market fit. Eric Ries talks about this in his book, Lean Startups, but you can also read Steve Blank‘s work on it. They’ve worked together so they have similar ideas. But basically, the premise is to 1) discover a problem 2) hypothesize a solution 3) interview potential customers about the solution 4) refine the solution. Once you get to a product that the customer would be MAD at you if you took away from them, you have a product/market fit and then you get funding and build like crazy. There are other subtle variations (like starting with a product instead of a customer), but being customer-centric in everything you do will pay dividends.

One idea that I don’t mind sharing with you is a “LED light bulb replacement service” where you go to a company like a bank and say, “I’d like to save you 40% off your lighting bill and would be happy to show you how it works by converting one of your branches to LED lighting at cost – if you like it, we’ll do the rest of your branches too, if not, we’ll go on our way and thank you for your time.” Essentially, you’re going in, finding out how many bulbs they have, estimating the cost upfront and the cost savings, and then swapping them out in one day. You can even do a buy-back on existing fluorescent light bulbs that you can either trash or sell to someone else.

A typical day for me is waking up around 8, checking my email for emergency work, working on some projects for customers (usually web edits), reading up on subjects in my field, visit a customer at their location or at a restaurant for a meeting, attend a networking meeting or meetup at night, and then in bed by midnight. I recently joined a networking group called BNI and am active on Meetup.com. I run my own group called Indianapolis Marketing and attend several others as well as Tech Point meetings, which are put on by a partnership with the State of Indiana. I use blogging to content market online, but that’s less successful than in-person networking for me. I’d be interested in hearing what you’re working on at work or in your ‘spare time’.