Jim Halpert is a character in the American version of The Office. One thing that interested me about the final season was Jim’s newly found entrepreneurial spirit. One of Jim’s college friends starts up a sports marketing company using an idea they had come up with in college and offers Jim a chance to partner with him. Jim initially says no after talking to his wife, Pam, but after seeing that Pete, also known as “New Jim”, is heading down the same career path as Jim, he decides to take the opportunity without telling Pam.

Jim’s marketing company is called “Athlead”, which is as one Redditor described it, “Sports Marketing. ie. People like Jim are the guys who convince NASCAR that Pepsi should be the official cola of NASCAR,” while another described it as, “some kind of publicity firm for athletes.” According to The Office Wikia, “Athlead is a sports marketing company based out of Philadelphia, Pennsylvania. It is run by Jim Halpert and several other employees.” 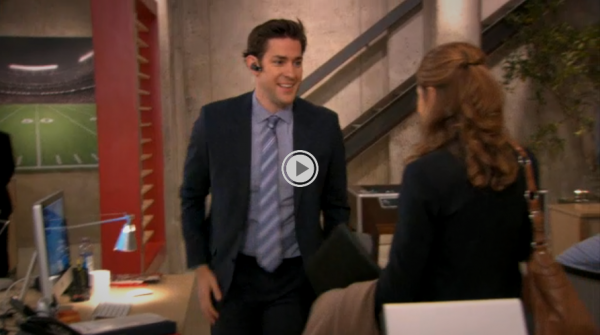 When Darryl Philbin shows frustration with his job, Jim offers Darryl to join him in his potential opportunity, but Darryl tells him to tell Pam first, which he does. Pam seems to accept the idea of Jim taking the opportunity, but while Jim is excited, Pam is still upset he didn’t tell her immediately. Jim then impulsively agrees to put in $10K into the company, which angers Pam as that was more than what they agreed to put in and that Jim’s business partners claimed they were all set.

Jim continues with his new business activities but finds that all of his business partners are in Philadelphia while he is still in Scranton. When the distractions Jim faces while talking over the phone prove too much, his friend says that him staying in Scranton isn’t working out for the business. He asks David Wallace if he can start working part time at Dunder Mifflin, handling any client problems from Philly. When David points out he might be needed in the office in some moments of crisis, Jim asks Stanley and Phyllis to cover for him, who agree, but not until after they take advantage of him. Jim takes Stanley and Phyllis on an expensive lunch. Stanley orders the most expensive items on the menu, and Phyllis proceeds to get drunk, prying a decorative wine bottle from a wooden partition, hoping it’s filled with wine. After the trio return from lunch, Phyllis laughingly tells him that of course, they’ll cover for him, “We love you guys.”.

Jim is set to start his sports marketing job before Christmas and Darryl is under the impression that Jim forgot to offer him a position. When a drunken Darryl is ready to tell Jim off, Jim reveals that he talked to his friends about giving him a job. When Dwight Schrute learns that Darryl will be leaving Dunder-Mifflin to join Athlead, he tries to browbeat Darryl into staying by tallying up his perceived job failures since taking the Athlead job and holding a meeting on customer loyalty. While watching documentary footage of the event that has been uploaded onto the internet, Darryl laughs saying, “This is what I will miss when I move to Philadelphia.”

Before Jim leaves to start his sports marketing job in Philadelphia, he and Pam convince the office to allow Dwight to throw his version of a Christmas party so that Jim can poke fun at him. However, Jim leaves before the party is over, upsetting both Dwight and Pam. When Jim returns unexpectedly, Dwight gives him a hug, and they finish Dwight’s party with a tradition of breaking a pig rib.

When Pam visits Athlead, Jim’s receptionist says, “We can’t wait for you and the kids to move to Philly,” and Pam looked surprised. From the moment Jim invested in Athlead, Pam’s attitude has been ‘This is taking Jim away from me’ instead of ‘this is making Jim happy in a new way.’ Obviously, they both need to be more honest about their futures, but I don’t think it’s unreasonable to expect Pam to come to the conclusions that Jim has never been happy with his job apart from Pam’s part in it. He’s happy with his new marketing job, and if it becomes something sustainable for him, his life is going to change. 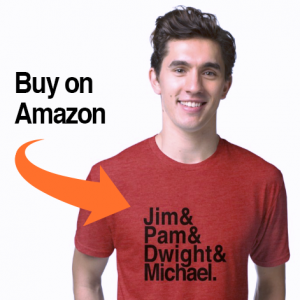 Neither Jim nor Pam were happy with their jobs in the first few seasons. Aside from his time with Pam and time spent making fun of Dwight, Jim had exactly one moment of genuine enjoyment of the job, and that was when he closed the sale at the golf course (which he did for Pam). Remember how Pam moved to New York for three months? Jim was nothing but supportive then and Jim was nothing but supportive when Pam quit to work for the Michael Scott Paper Company either. Jim is frustrated with the fact that Pam isn’t being as supportive, but here’s how she has been supportive:

I highlighted and include all of this because it’s interesting to see how the writers at The Office think about startups. It seems they’ve totally neglected things like product/market fit, lean methodologies, cost-benefit analysis, profit/loss statements, or business plans and simply focused on how one person’s decisions affect a group of people. There are two types of families in this show. There are the ones that exist at home and the ones that tie the office together. Both are equally important in this show’s eyes – much more than any business. And that seems to capture the essence of the show – that’s what Michael Scott always talked about. It wasn’t about selling paper. It was about loving people. That’s Dunder-Mifflin. Will that be Athlead too?

If you want to attract new customers, the answer is easy.

Websites may be the most overlooked vehicle of advertising for local, small office, home office businesses. We believe every business, no matter how big or small needs a website. Every dentist, lawyer, accountant, and church needs one. Every café, restaurant, coffee shop and nightclub needs one. Every wholesale supply or landscaping company needs one.

We’re not suggesting that all businesses need to transact business online, we’re only saying that everyone listed in yesterday’s yellow pages needs to also be available on the Internet today. Why? Because your customers expect it. That’s where they are looking first and foremost.

A properly constructed website allows your prospects to gather the information they need from the privacy of their Internet connection. Ask yourself what questions your sales team gets every day? Then ask yourself how would your best sales team member phrase their responses on his or her best day? This is the type of information that needs to be available 24/7 on your website.

Think of your website as a relationship strengthener, a kind of halfway point between your regular advertising and your front office. Do you think it’s easier to convince customers to visit your website or to convince them to get in their vehicle, drive to your establishment, park, get out, and walk in your door?

The Internet has allowed the introverted half of our population to explore in ways they never would have otherwise. Introverts strongly prefer to gather information anonymously and are unlikely to dial your phone number, except as a last resort. Even more unlikely is that they’ll choose to walk into your store and engage a salesperson. Introverts aren’t necessarily shy–they simply like to gather all the facts before they put themselves in a position where they’ll likely be asked to answer questions. Half of all your customers strongly prefer to know what they’re coming in to buy before they walk in your door. And even the other half of your target market, the extroverts, will appreciate an informative website that functions as an expert salesperson during all those hours you’re not open for business.