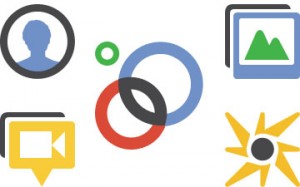 Different people are interested in different parts of your business. Whether it’s breaking news, updates, promotions, links, photos – even talking face-to-face with groups via easy-to-use video chat – Google+ lets you easily share the right things with the right customers. And unlike Facebook, Pages for Google+ can actually help your SEO efforts.

Google advocates putting the +1 button anywhere you’d like people to be able to recommend your business, products or services to friends and contacts all across the web. Google+ makes it easy to learn more about how your followers’ interactions on your page affect your brand, and your business.

We’ve been testing Pages for Google+ for a couple of months now. We ran into one instance where we couldn’t add more pages for our customers, but we found that we were just in a waiting period before being able to add more. This is probably a built-in protection against spamming.

Need help setting up your Google+ Page for your business? We can help.

Google+, the search giant’s new social network and answer to Facebook features a new friend list function called “circles”, which has been very positive overall. Users have commented that it’s the easiest system on the market for putting friends into groups, making it easier to share posts with just your business colleagues or your family. We are really interested in the circles option, but it needs more people on there so it doesn’t die like Google Buzz. We like the idea of circles and the integrated video chat/hangout function. They’re not really inventing anything new, just putting things like Facebook groups and Skype-like chat front and center. It becomes a more cozy place to hang out online. Facebook will start to look more stuck up and sterile over time, the same way MySpace started to look more trashy.

We have noticed there are less people requesting to be friends and less friend requests being answered. We think Facebook peaked in 2009 and started to decline after that. But even though numbers are down, they are still number one, for now. It has to do with elasticity, which used in this context means peoples ability to want and except change. In the beginning, when things are new, people are more lenient and will try new things, but over time, ideas harden and change becomes harder. It works with friendships, departments, new businesses, and even social networks. We’ve got high hopes for Google’s inventiveness. The on-demand video chat feature called “Hangouts” is a great idea. Considering it’s 2011, We’re suprised that’s not a feature that we take for granted already.

Here’s an example of what our customers get from us each month in their Monthly Website Report: 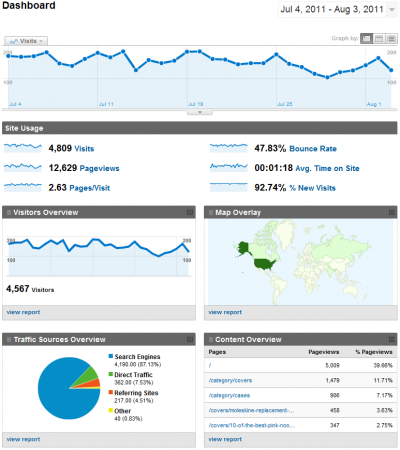 Good afternoon. I hope your summer is going well. Attached is your monthly Google Analytics report and a special message below.

Have you ever thought of an app for your phone that you thought could enhance your business or help your customers? What if there was a way you could see that app come to reality on the iPhone?

We have recently partnered with a company that develops applications for the iPhone, iPad, and iPod Touch that can be used around the world – for your customers or to turn your idea into profit.

There are many different reasons why you might want to develop your own app such as a way to help your customers interact with your business (ex. scheduling or bill payment) or maybe it’s a non-business idea you had that you just want to explore to either sell or make money from ads.

Whatever your ideas are, we’d love to hear about them. What’s your passion? Is there an app for that?

Depending on your level of service, we may also add the following metrics:

Don’t have a Twtter or Facebook account? We can fix that up for you to manage for $120 or leave that to us for $60 a month with a six month minimum contract. 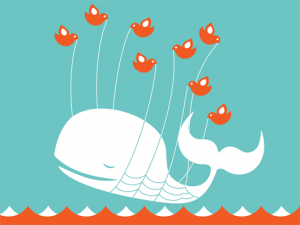 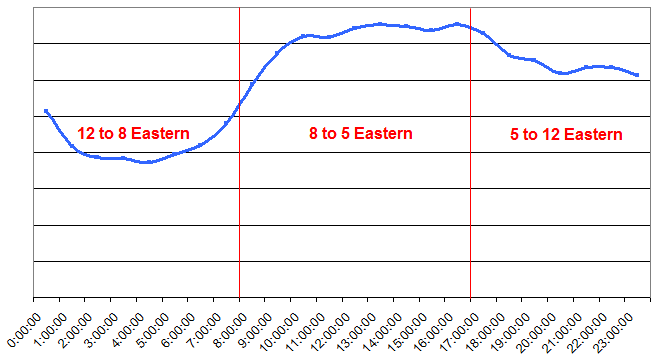