What’s the hook gonna be?

When I was in college I used to wish I could be the guy who made up the headlines for the local newspaper. I had no idea how much it paid, but I was sure that everyone at the newspaper wanted that job and it was incredibly hard to get. Little did I know that within a few years everyone would be running their own “newspapers” via their blogs, social networks, and podcasts – all of which require writing great headlines.

While Copyblogger says to always write the headline first, I find that when I’m writing the post, I don’t always know what it’s going to be about until I’m done. However, when I’m asking other people to write posts for me, I write the title first so they write about what I want them to. For this post I just copied and pasted a title I had used for the subject of an email (which is another area where the right “headline” matters a lot). 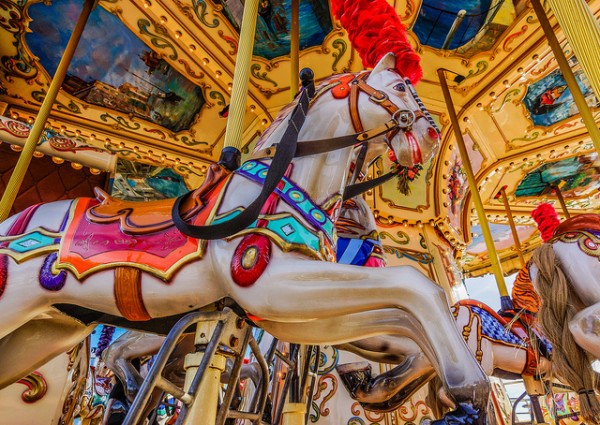 Email as a marketing tool

Email is one of the newest forms of networking, which has always been an important aspect of business development. Modern tools like social media have made connecting easier than ever before, but that hasn’t reduced the value of email, nor has it meant that writing emails is easy. The art of creating powerful emails and subject lines is still a fine skill.

It may seem like you’re just going around and around The Content Carousel. Some days you’re up and some days you’re down. When you get done, you’re right back where you’ve started. The more you get content out, the more you have to make. And then it’s Publisher’s Clearinghouse Day and the barcode scanner breaks. Okay, maybe it’s not that bad, but is there an end?

On February 14, 2014 I announced on Twitter, “Hello, my name is Erich Stauffer. I create products out of services. For the next week I’ll turn every service request I get into a product.”

I run a service business on the side and work a full-time job doing IT work during the day. Every time someone would ask me to do something throughout the day, I would record it as a product.

By “product” I mean I will codify the service with a product name. I’m not building automation at this point, I’m just recording what I’m doing. I’m doing things that don’t scale as a product: