Chris Dixon, serial entrepreneur and investor in Kickstarter, recently wrote a post entitled “An internet of people,” where he asks why companies like Etsy, Kickstarter, and AirBnb are succeeding now when others like them have failed before. 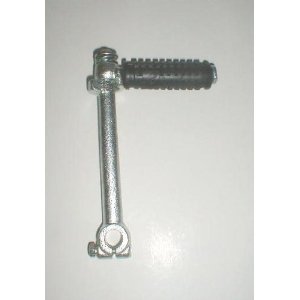 Before Kickstarter there were these metal things that started motorcycles.

One of my most popular posts is on why Collegeclub.com failed when Myspace and Facebook succeeded and in that post I propose that the reason was bad management and the high cost of technology at the time (Leslie Perlow argued that Collegeclub was ‘Saying yes when they really meant no’), but when Chris Dixon asked Roelof Botha the “why now” question regarding web-based marketplaces, “He said something I thought was really interesting: marketplaces depend on trust, and trust requires knowing the reputation of a prospective counterparty. Today, for the first time, you can get background information on almost any prospective counterparty by searching Google, Facebook etc. Or put more simply: we finally have an internet of people.”

Google’s authorship markup verification process has helped make the web less anonymous and so has Google+, which doesn’t allow pseudonyms, only real names. Brian Manning commented that, “eBay has been doing this successfully since the 90s. In the beginning their key hurdle to success was a lack of trust among buyers and sellers. At the time, they built extremely innovative tools that helped make users comfortable that they weren’t going to get ripped off; ratings and recommendations, slick complaint process, good customer service, etc. This was critical to their success. I recall reading that as trust among users increased so did eBay’s site usage and revenue. ‘Trust’ was their key revenue driver,” to which FAKE GRIMLOCK responded for the need for a “REPUTATION SYSTEM FOR INTERNET”. I agree, which is why I started YourSCOR, which was supposed to use metrics from eBay, Facebook, and Twitter to create a new type of credit score that people could control instead of corporations. It was supposed to be the “FICO for the Masses!”

Apparently banks are starting to think the same way as this article points out, As Banks Start Nosing Around Facebook and Twitter, the Wrong Friends Might Just Sink Your Credit. Of course sites like Reputation.com have been around for a while, they are more like a super-sized Google alert with a dashboard (please correct me if I’m wrong). What’s lacking is a Klout-type mechanism for trust in people on the Internet. I may not be the one to bring it to the table, but surely someone will.