I always looked up to Zac at college.  He was cool and people liked him.  I can only remember talking to him once my freshman year.  He and I were both standing in line to make our own omelets.  I was wearing a Plank Eye shirt at the time and somehow we started talking about the band. 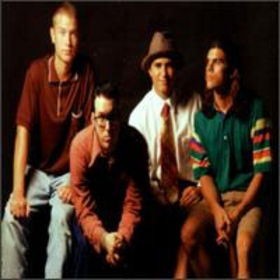 I was amazed to find out that he was best friends with the drummer, who had quit the band to go to college.  I had seen the band for the first time, sans-drummer, in Chicago with The Prayer Chain during a reunion tour.  That is where I got the t-shirt.   I don’t remember ever talking to him again, but I do remember his role in John Mann’s play our sophomore year.  It started with Zac tilting his head all the way back in class as if he was asleep or bored.  Mann had the play start in a freeze-frame.  I later went on to study film with Mann at Milligan, but that is another story.  This one is about the Gristmill at Spring Mill State Park.

In June of 2008, our friend Brian Reid, was killed in an automobile accident along with his wife, Jenna.  I and some friends had posted some video of Brian Reid on Youtube, which is actually how we found out he died.  People who went to church with Brian started writing comments about how much they would miss him and how they were glad “they went together.”  One of those to comment was Zac and I ended up striking up a conversation with Zac really for the first time.  Zac was actually in one of the Brian Reid videos, entitled Never Let You Go (which audio has been removed from for copyright infringement).  I don’t know if I ever told Zac this, but I was really upset to find out that Brian had been living less than an hour from my house and I didn’t even know it.  Brian and I had lost contact over the years.  The last time we spoke was in 2001.  It had been seven years.

The Mirror Matter Moon theory is one of the most prominent theories on LOST to explain what the island is and why it might behave like it does.  Essentially, the island is a moon made of mirror matter.  There are two types of matter, the matter we know and love, and the opposite.  We can exist in either habitat, but one can not see the other.  This is why the island can not be seen until you cross into area around the island – into the mirror matter moon.  This website does a much more extensive job explaining it, but I wanted to use it and LOST as an allegory for my relationships with both Zac and Brian.  At college, Brian and I were best friends, and then I left to go to Milligan.  Zac and Brian stayed and graduated at Kentucky.  8 years later, Brian dies and Zac and I become friends when we had never really been friends before.   Brian’s car wreck – the “plane crash” – separated the world in which Zac and I lived in before the crash and the one we lived in afterward.  Prior to the crash, I couldn’t see Zac, nor did I know he existed, but after the crash, we were in a mirror world where Zac and I could both see each other and that’s when things started getting weird.

The day I found out about Brian’s death I was contemplating running away.  I was going to drive to a farm house in rural Missouri, leaving my house, my job, and my lifestyle behind.  I was furiously hoeing my garden when my wife came out to talk to me.  She calmed me down and I went inside.  Upon checking my email, I saw the message from my friend about the comments.  By the end of the month I would have hernia surgery and a new job working as a business analyst.  I would be working with my best friend from that same college in Kentucky.  I would also begin communicating with Zac who was going through his own set of changes.  A set of changes that would eventually lead him back to someone he too met while at college in Kentucky.  What was it about this “island” in Kentucky that would not let us go?  Was Third Eye Blind speaking from Brian to Jenna in the video, from us to Brian, or from the college to us?

The bigger story is how we all descended upon Kentucky in the first place.  Each person has their own unique story about what drew them to that place.  Just as in LOST, the characters both had a series of events that lead them together and a string of influence.  In me and Zac’s case, it was Eric Barnes.  Barnes made an impression on not just Zac and I, but on my friends who also attended Kentucky.  I remember Zac speaking to the entire campus during chapel saying how Eric impressed him so much by flying out to Arizona to meet him.  My friends and I would actually drive down to Kentucky on weekends during our senior year in high school just to hang out with Eric and eat in the cafeteria with Brad Green for free.  Eric was a critical “cog” to the systematic recruitment of students to the college, but the biggest factor was probably their summer program, which brought droves of high school students to the college each summer.  It was so influential that the dean of student life made it a point to tell us on day 1 that student life there was nothing like summer camp.  This should have been my first clue.  There are good cogs like Barnes and there are bad cogs like this dean.  And there were many bad cogs at this college, which is part of why I left, but this post is about the Gristmill at Spring Mill State Park.

The Gristmill at Spring Mill State Park stands among several houses and other log buildings in a cleared plain in the middle of a large wooded area.  The terrain is crossed by a babbling brook (which cleared up within a couple of days after the rain turned the water a chocolaty brown).  This brook powers the mill, given the lever is pushed to allow it – and the cog is in place to accept it.  A lot of things have to come together for the whole system to work.  And one day, one of those things stopped working.  Why is it that this mill and these buildings are still in the same fashion they were in the early 1800’s?  Because the village was a failure.  The reason? The person who ran the mill died – taking with him the knowledge of how to run it.  Without food or a way to process their crops, the villagers left, leaving the log buildings as they were.  If the village had continued, the log houses would have been torn down and replaced in the name of progress long ago.  The park partly exists, and is named after a failed startup, but we wouldn’t have had the park unless the startup failed.  If it were successful it may have looked something like Gatlinburg, which has less log cabins, but more “cogs”.

Where is Gravity Hill?

According to Roadside America, the gravity hill in Mooresville, Indiana is definitely on Keller Hill Road off SR42. I have been there around ten times. I will tell everyone right now that the hill is NOT marked at all. All I can say is you will just have to try the hills. It is approx. a mile in on the road. If you are going away from SR42 it is kind of down in a valley just before a rather large hill and there is a house on the left side and just some trees on the right.