Last year I adapted the customer development process for content marketing and developed a way to create content that achieves what I called content/market fit. This content development process allowed our content to be the answer to other people’s problems. When someone would search for the problem they’re having, my client’s solutions are displayed as the answer. This is how I am able to work in sync with Google’s goal of wanting to deliver the most relevant content to users seeking out answers to their problems.

In 12 Ways to Make Money Online I wrote about how good content helps attract good ads, adds value to affiliate marketing posts, helps with direct sales, and can even be converted into a book, magazine, or television show. In Write What Matters to Your Customer I wrote about how content is more important than SEO. “Don’t get me wrong, SEO is not useless,” it’s just that good content will beat SEO hands-down every time. This is because Google wants to deliver the best results to it’s customers every time. In my 2012 trends report I wrote about how, “It’s not enough to be creating great content, you also have to temper when you share it.” In other words, don’t be noisy.

When I wrote about how I started my web design business I wrote, “what mattered more [than SEO] was the creation of content…My business shifted away from SEO and web marketing (although still very important) and into content marketing, management, and analysis. Google is constantly changing it’s algorithm, but content will always remain king. The problem is that as content grows, it starts to need managed.” Later I wrote, “Managing larger back archives of web data used in content marketing. Over the course of time, things you might have wanted to happen in the past to every web post in WordPress may not always apply in the present or the future.”

I help business owners in the Indianapolis area write content for their websites, blogs, or email marketing newsletters that answers their customer’s problems leading to more organic traffic and less customer service issues. By spending more time finding out what problems your customers are having, you’ll spend less time in the customer creation process and more time making money in the company building process. How can I help you build your company? Contact me for a free one-hour consultation or business strategy session. I’ll even type up all of your ideas and send them to you in an email so you have them for posterity. Sound like fun?

Noise Reduction – I wrote about noise last week, but now that Social Media and Internet access has become somewhat ubiquitous a new rule has emerged: As the ease of sharing increases, the value of sharing decreases. Let’s call this Stauffer’s Law. You probably are already aware of this law even if you didn’t know what to call it because the people who post the most, often get read the least or blocked completely. It’s not enough to be creating great content, you also have to temper when you share it. This applies to your personal Facebook wall/newsfeed/timeline, your Twitter feed, or your company newsletter. Decrease what you share and increase the value of what you are sharing to keep your content from being filtered out like noise. 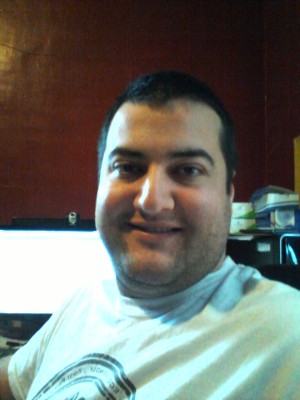 Commitment – Have you noticed feelings of drift? People saying they feel lost? Do you know people who can’t make up their mind or make a decision about what to do next? We hate it when politicians waffle back and forth, but most people and companies are no different. HP dropped computers, picked them back up again, and changed CEOs in 2011. 2012 will be looking for HP to commit to a goal – long term dedication to a cause beyond the next quarter’s estimates. And 2012 wants to see you commit to making something work, not looking for excuses for why it failed. This doesn’t mean you can’t pivot, but you must commit to something.

High Value Content – I recently wrote about writing what matters which talked about writing about solutions for your customer’s problems versus writing about your products. Very few companies can make a product that people care enough to buy for the products sake – even companies like Apple originally had to solve a customer’s problem by allowing them to carry all of their songs in their pocket. We used to call this type of writing a “white paper” and in 2011 we may have called it “content marketing”, but in 2012 it’s not enough to write content, you have to write what matters to people. Be impactful or risk irrelevance.

Humanization – Unless you’re using a computer to write your content, you need to show your human-ness. Humans make mistakes. Even the mistakes computers make are actually mistakes made by the humans who programmed them. In 2012 people are going to be looking to do business with other people like them – a.k.a. humans who have made similar mistakes. If 2011 was about being transparent about who you were, 2012 is taking that a step further by admitting your mistake and what you’ve done or are going to do to fix it.

Case Studies – Showing the customer how you’ve solved a problem like theirs in the past is a great way to “sell the hole”. It’s also a great way to show your human-ness by admitting your mistakes and how you overcame them. No one expects you to be perfect and those who think they are risk losing business. People like to root for the underdog and if you sell yourself in that light, it can help. There is a whole other piece of case studies that include customer interviews and solution interviews, which is a great way to write what matters, but that’s a separate topic for another day.

Stories – If you’ve ever had someone explain what a song means to you, you know the power of a story. Every time you hear that song you’ll remember what that person said and think of that moment. I’ve heard advice on how to tell a great story like, “Make the listener the hero”, but this is harder than it sounds. I’ve been trying to do it for the last 6 months. What I’ve found is that by practicing telling stories in non-marketing settings like blogs and emails to friends and family, you can practice the storytelling arts so that when you do pitch to a client, you can turn their use of your product into a story that makes them the hero in 2012.

Do Something Great – It’s never been easier to start something than it is right now. You have more resources at your fingertips than ever before. So why is it that the best we came up with in 2011 was a new timeline for Facebook and a new way to stream music (Spotify)? Sure, there are people in France trying to get fusion to work and others trying to find the Higgs Boson particle. And Bill Gates is both trying to eradicate malaria and create ways to reduce nuclear waste by reusing it in a new type of reactor in China, but what about the rest of us? Some would argue that the low-hanging fruit is already picked. We can’t just sit down and invent a paperclip before our benefactor comes back from lunch, but there are still big problems to solve – like how to replace Middle-Eastern oil, how to improve energy distribution and creation, how to standardize and distribute medical records, and of course, flying cars.

In searching for a way to close this article, I ran across this quote from Catchers in the Rye:

“Among other things, you’ll find that you’re not the first person who was ever confused and frightened and even sickened by human behavior. You’re by no means alone on that score, you’ll be excited and stimulated to know. Many, many men have been just as troubled morally and spiritually as you are right now. Happily, some of them kept records of their troubles. You’ll learn from them – if you want to. Just as someday, if you have something to offer, someone will learn something from you. It’s a beautiful reciprocal arrangement. And it isn’t education. It’s history. It’s poetry.”
– J.D. Salinger, The Catcher in the Rye

I’ve been building sites with the thought process that content matters more than SEO. I’ve been doing that by solving peoples problems. I look for those problems by finding sticky posts on forums, reviewing Yahoo Answers questions, and reviewing search terms for people finding my site (only works after you have content).

Here are some recent graphs of sites once I started using this method:

What I’ve learned from that is that there are direct search results related to doing this strategy and I spend very little time backlinking because I don’t have to. They customers find me because I’m solving a problem for them – they look for me instead of me trying to bait Google to make them find me over someone else.

After reading what this sales guy, Frank Rumbauskas of Never Cold Call (Again), has written and listening to his webinar, I’ve realized that the crux of his premise is that by creating content on your blog or in an email or fax that you send, you’re answering a problem, fixing something that your customers care about.

The result is that you’re spending more of your time finding out what problems your customers are having, solving those problems and publishing the results so that other people who are looking for the same solutions find you and hire you. You’re no longer selling, you’re taking business as it comes to you, and it will.

Don’t get me wrong, SEO is not useless. In fact it can be often be very useful as 70-80% of all traffic is organic vs. paid. I make part of my living from SEO web design, but I also make part of my income from affiliate marketing. Those are somewhat in juxtaposition as I make money from people who want more organic results and from people buying ads that display on my sites.