I’ve written about my meetup experiences here in the past so those who read my website may know I’m a member of the Indianapolis Affiliate Meetup hosted by Affiliate Summit. In the last meeting, I spoke about how to get started in affiliate marketing, but I was feeling bad because my site about nook covers was not doing so hot. Now part of this because demand in general was down, but part of it was because of duplication of content, Google put me in the sandbox for three months. The good news is I’m out now and the site is performing better, which makes me feel better about being an Indianapolis web designer and Internet marketer. 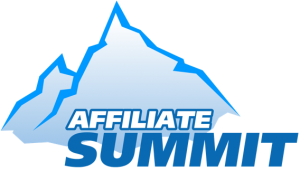 This morning I met a lady at the Carmel, Indiana BNI chapter who was interested in creating affiliate marketing relationships with local vendors so I invited her to the Indianapolis Affiliate Summit meeting. She didn’t know about it and was excited to come. The group has a good mix of seasoned affiliate marketers, those learning about it for the first time, and those with other related skill sets like copyrighting, authors, and web designers. There was also interest from a printing company out of Kokomo that has recently opened up an Indianapolis office in Fletcher Park near the old Indianapolis airport.

The last Affiliate Summit meeting was about how to start an Internet marketing business where I went through the 6 steps to making money online, but I didn’t go into how to find a niche or keyword metrics for success.  The next meeting will be about the Internet tax looming in Indiana and what we can do to stop it. We’re meeting at Buca di Beppo in Castleton and although most meetups don’t require you to buy food, the arrangement we made with the restaurant requires each person to pay $12 for a meal. This is not the norm, but if you’re coming for the first time this month, know what to expect. 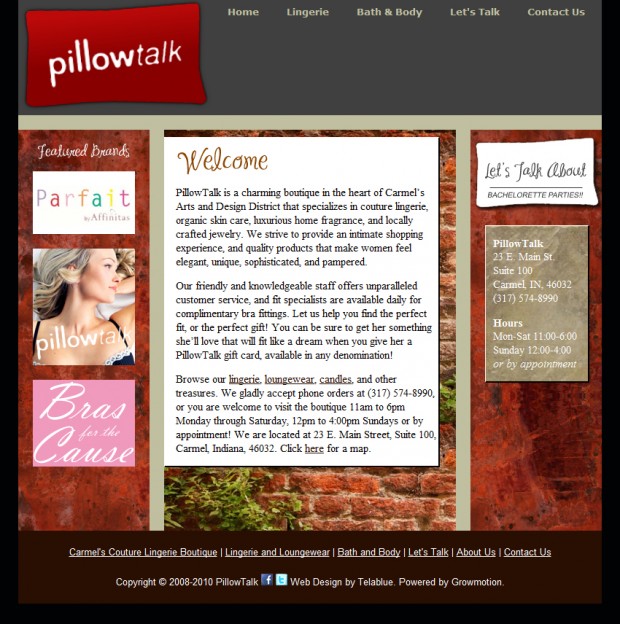 PillowTalk, a Carmel, Indiana based lingerie retail outlet, is a unique lingerie boutique that sells couture lingerie and other fine accessories for women. PillowTalk came to Erich Stauffer with the desire to redesign their site in order to better represent their brand. Erich Stauffer helped them do this by picking a color scheme and font that better matched the stores look and feel. The result was a website that better reflected the core image and brand the business was trying to represent in downtown Carmel. How can Erich Stauffer help you do the same? Contact Erich Stauffer to find out.