The Digital Arrow of Time

In the library scene from H.G. Well’s The Time Machine where the time traveling man from the past finds books that have fallen apart amid a new ‘CD’-looking object that plays after he spins it on a big open plate thing. He asks about their books, only to learn they have been left to decay and turn to dust. He’s then taken to an ancient museum, where “talking rings” tell of their history. 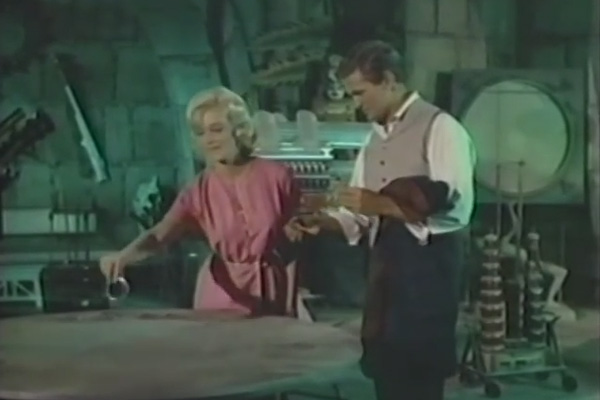 In H.G. Well’s future, books have been converted to talking rings, which are like CDs or DVDs that are more like metal rings that play when spun on a special table-top surface. But it’s not just books that need converted to new platforms, The White Album Problem also applies to digital cities.

In this Atlantic piece on “What happens when digital cities are abandoned?“, Laura Hall writes, “Ownership…must be continually renewed, the way a garden must be continually tended, lest nature overtake its carefully-arranged borders.”

The way she talks about revisiting her Multi-User Dungeon (MUD) reminded me of what it’s like to go back into the empty Minecraft server. There it sits, a world past occupied, ready to run for as long as it’s maintained. But what happens when it’s turned off the way collegeclub.com was turned off?

Laura mentions Geocities, where I too had an address in Athens at “8802”. I still remember it because it was the first time a virtual place was categorized like a physical place and so it seemed like it wasn’t just online, but was a real destination. A destination that got shut down by Yahoo! in 2009.

“The great paradox about these digital communities is that they’re easily kept around forever, and they are even more easily deleted utterly,” said Jason Scott, an Internet advocate and archivist who launched a digital preservation team in 2009. “These communities had lasting historical and societal value.”

Laura pines, “It’s up to our future selves, or those who live beyond us, to make sense of what’s being saved today: to curate the data and form the stories around it that will give it meaning.” In H.G. Wells story that was with talking rings.

Scott said, “This is not a new self-awareness. You’re just keeping it on a hard drive instead of the old family bible. Your diary is now on a server, instead of underneath your room, where your parents throw it out.” I couldn’t agree more.