AMD seems to be playing catch-up with Intel. Apparently the Taylor chip is a response to Intel’s Yonah chip. The latest Intel chip, the Core 2 Duo is codenamed, Merom. This article explains AMD’s reaction to the Core 2 Duo:

Unfortunately, AMD will not be able to immediately match the performance of Intel’s next generation Core 2 Duo mobile processor, codenamed Merom. Instead, AMD will be focusing on the mainstream market, where performance is not a major issue. AMD maintains that Turion 64 X2 will still hold advantages in platform design at a value. 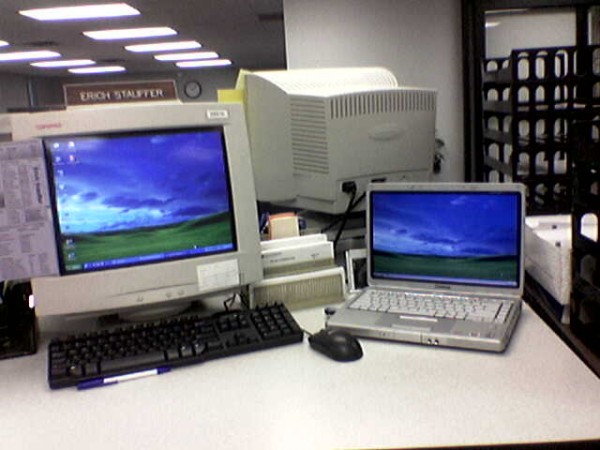 [Update 1/7/2012: I still use a laptop like this that my parents gave me recently when they got a new one. It’s over five years old now.]